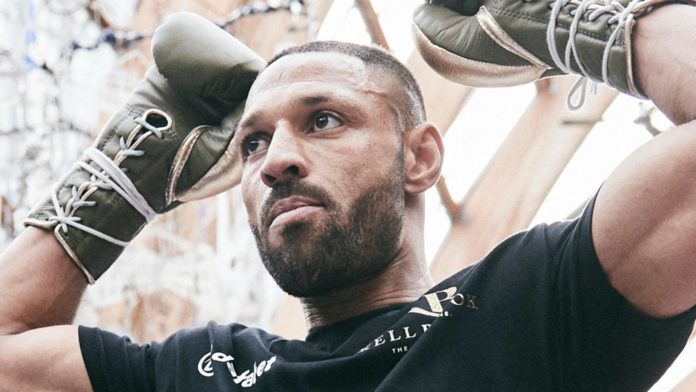 “We’re weighing it up. First we’ve got to see if we can put the match together. Then the venue”

Kell Brook “makes sense” as Terence Crawford’s next opponent and negotiations have progressed to a date and venue, says the American’s promoter Todd duBoef of Top Rank.

Brook is close to finalising an agreement to challenge for the undefeated Crawford’s WBO welterweight title in the US.

“It makes sense for both fighters. We’re eyeing a November date if it can get done.

“November 14 is earmarked as the date. The location, as of now, is Las Vegas in a studio-type environment.

“There was talk of going to Omaha, where Crawford is from, in an intimate setting with some fans.

“We’re weighing it up. First we’ve got to see if we can put the match together. Then the venue.”

Brook won his previous world title, the IBF welterweight belt, by travelling to the US and ending Shawn Porter’s undefeated record.

Brook previously told Sky Sports about facing Crawford: “Talks are progressing and we feel like we are edging closer. My team have been in regular dialogue with [promoter] Bob Arum.

“He assures us that both him and Crawford are bang up for it, so hopefully we can get it over the line and give the fight fans something to get excited about and to close 2020 in style.

“Crawford is the champ so rightfully they want the fight stateside, Vegas has been discussed. It suits me though. I have always wanted to fight in Las Vegas – the bright lights of ‘Sin City’. I’ve dethroned a welterweight American world champion in his own back yard before – I look forward to doing it again.”

“Spence Jr’s accident put that fight on the side,” duBoef said. “It should have happened this year.

“The welterweight division is going through these guys.

“Terence is a brilliant fighter – one of the best finishers I’ve seen in the past 10 years. He’s in a great weight class.”