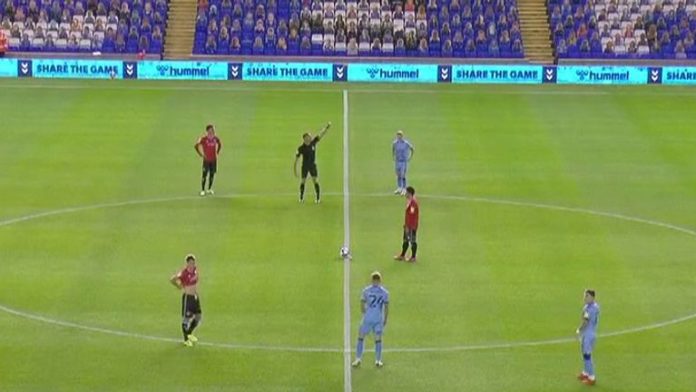 Jobi McAnuff expressed his disappointment after Coventry and Queens Park Rangers opted not to take a knee before Friday’s Championship match.

It is the first time it has occurred during a live televised football game, but QPR did not take the knee in their opening match at home to Nottingham Forest.

“A little bit surprised, a little bit disappointed if I’m honest,” McAnuff told Sky Sports. “It’s something that has been done to show solidarity to a very important movement and time that we’re all going through at the moment.

“It probably shows a lack of communication on all parts, whether it’s the PFA, the league, the clubs themselves.

“It’s not something that takes an awful lot of time before a match. For me personally, I would have liked to see it continue.”

Sky Sports reporter David Craig spoke to representatives of both clubs at St Andrew’s, where each team was offered the opportunity to take a knee during the referee’s pre-match meeting.

Coventry are understood to have been very happy to do so but, after QPR expressed their desire to continue as they did in their opening game, it was decided between both clubs they would not take a knee.

“It would seem QPR have decided internally after discussions between their staff and players, not to take the knee in their games at the start of this new season,” said Craig.