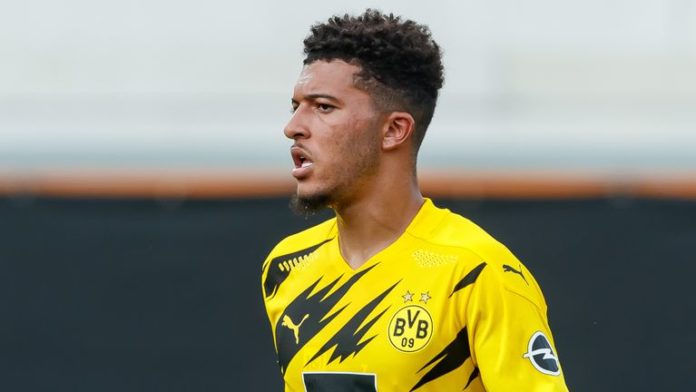 Ole Gunnar Solskjaer says Manchester United are “working hard” in the transfer market and could make more signings before the window closes on October 5.

United bought Donny van de Beek from Ajax in a deal worth up to £39m, but the midfielder remains their only summer arrival despite efforts to sign £108m-rated Borussia Dortmund winger Jadon Sancho.

Throughout the summer, Solskjaer’s side have also been linked with high-profile moves for players such as Gareth Bale and Sergio Reguilon – who are both set to join Tottenham – and new Liverpool midfielder Thiago Alcantara.

However, United boss Solskjaer has not given up on bringing in fresh faces before the window closes.

“We’re looking at a small pool of players who can add to the quality of our team and let’s see what we can do. The club’s working hard and I understand that they’re working hard,” he said.

“When we sit down and we discuss, sometimes it doesn’t happen as planned. Life isn’t a straight line here, sometimes things happen and I’ve always said it – I’m very happy to work with these players.

“There’s still a few weeks left of the transfer window, it might happen that we get someone in. I’ve worked with the club and they know what I feel the team and the squad needs and let’s see if we can add to what we have.”

Solskjaer has overseen a cultural reset since his return to Old Trafford. His philosophy of signing young, hungry players has been clear during his 18 months in permanent charge, and the Norwegian reiterated his desire to bring in those who fit the club’s character.

“You need the quality on the pitch, you also need the personal qualities but you must also really want to be here and you need to show that you want to be here – that’s really important for us as a group that we move forward.

“It’s not as big a pool as for other clubs because being part of Manchester United and being good enough for Manchester United is one thing, but then you’ve got another club who probably they want to keep that type of player who has that quality.

“Of course, you see other clubs and what they do, they put a challenge up for us and our response has to be results, that’s the response. We can be best at the things that don’t cost anything – the culture here, the training, the coaching, getting fitter.”

‘Coronavirus has changed the market’

United’s lack of transfer activity has led to widespread fan discontent, with calls for the Glazer family and executive vice-chairman Ed Woodward to leave regularly trending on social media.

Although Solskjaer would have rather concluded his business earlier in the window, the United boss understands how the coronavirus pandemic has affected the market.

“You can’t ignore the impact of coronavirus,” Solskjaer said. “I think that’s really changed the market and it happened more or less in that period when maybe negotiations would happen.

“Of course, the financial uncertainty of that has added on the difficulty of predicting where we’re at.

“You want always to have as long as possible with players. I think last season though shows that good players can adapt and grow into a group very quickly. Harry (Maguire) came in very late in the transfer window and he had a great impact on the performances in the team.”

‘We need to close gap on City and Liverpool’

United finished third in the Premier League last season – significant progress on the previous campaign – but trailed champions Liverpool by 33 points and second-placed Manchester City by 15.

Solskjaer insists the next step for his side must be to close the gap on their rivals and maintain consistency throughout the season.

“The next step is to move closer to the top two teams, let’s see how much of that gap we can close,” he said.

“We’ll just have to start the league well and have to be consistent. I don’t want to take anything away from this group because we’ve added some top personalities.

“We’ve got Dean (Henderson) in, you’ve got Donny, Paul (Pogba) is fit now, Bruno (Fernandes) came in and his first game was February 1 or something like that so he’s not been here long. Eric Bailly as well has come back, he looks fit and really good so we hope we can move forward and who’s to say that we can’t?”

Watch Manchester United’s first game of the 2020/21 Premier League season when they take on Crystal Palace at Old Trafford, live on Sky Sports from 5pm on Saturday; kick-off 5.30pm.

Manchester United stand on the cusp of a new campaign with a renewed and realistic sense of optimism that Ole Gunnar Solskjaer can take them to the next level.

They may have ended 2019/20 trophy-less but an encouraging finish to the Premier League campaign has built stable foundations upon which United aim to close the gap on the champions of the previous two seasons, rivals Liverpool and Manchester City.

With Marcus Rashford, Anthony Martial and Mason Greenwood in attack, the creativity and quality of Bruno Fernandes, Paul Pogba and new addition Donny van de Beek in midfield, and the defensive surety nurtured last season, United have the makings of a squad capable of propelling the club to new heights, now it’s over to them to deliver.