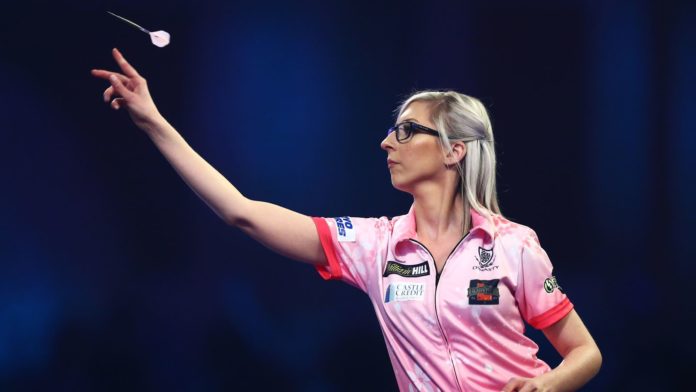 Fallon Sherrock missed four match darts and blew a 5-1 lead to lose on her return to the big stage in a 6-5 defeat to Jeff Smith at the World Series of Darts Finals.

Sherrock was up against world no 89 Smith on the opening day as 16 players battled for a place in the second round.

The 26-year-old was in brilliant form to open up a 5-1 lead over Smith, but standing within one leg of the last 16 and a meeting with James Wade, she missed a host of opportunities as Smith took every one that came his way to advance with a 6-5 win, sealed with a nerveless 109 finish.

Having missed out on a Tour Card with a disappointing show at Q-School in January, Sherrock qualified for the UK Open only to fall at the first hurdle and then managed a draw with Glen Durrant as a Premier League Challenger.

Chances have been few and far since then, with a series of online exhibition matches the extent of her match action, but Sherrock looked like she had never been away from the big stage after watching Smith take the opening leg.

Sherrock hit back to reel off four legs in succession, including 12 and 11-dart breaks of throw that left her within two of the finishing line. She returned from the break to claim the sixth leg before Smith hit the comeback trail.

The Queen of the Palace missed four match darts and watched on as Smith claimed four legs on the bounce to force the decider, where he prevailed.

Sherrock had been due to play in all of the World Series events, but the coronavirus pandemic put a halt to plans for the circuit which would have taken in New York, Australia, New Zealand and Copenhagen.

A 24-player field has assembled in Salzburg and Sherrock was one of the invited players, with her match against Smith one of the star attractions on an opening night that saw Dave Chisnall, Ian White and Joe Cullen crash out at the first hurdle.

Sherrock’s attention will now shift to the Women’s Series next month. The PDC’s three days of competition for female players where a place at the Grand Slam of Darts is available on day one, and the top two players from a two-day, four event Order of Merit will win a place at the World Championship.

Beating men should be normalised for women players

Sherrock says she hopes darts reaches a point that victorious women do not make the headlines due to their gender.

“The next step to it all would be ‘oh, it’s not just a woman beating a man’,” she said. “It’s two great players playing against each other and the winner, yes it might happen to be a woman, but it’s not seen as a woman, it’s seen as a really good player.

“It would be really nice to get to that point, where it’s not a surprise anymore. There are many other women. You’ve got Lorraine [Winstanley], Ana [Anastasia Dobromyslova], Beau Greaves, all of them. Even Mikuru [Suzuki].

“We can all beat the men. And obviously the more we do it, the more we do it. And hopefully we get to a point where it’s not massive news anymore, it’s just ‘yeah, they’ve beaten a man’. That’s the normality.”