Home Sport Was this Mickelson’s final US Open? 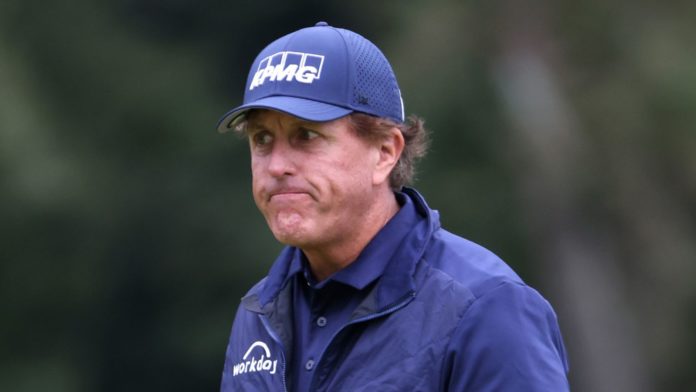 Phil Mickelson insisted he enjoyed his return to Winged Foot despite bowing out of the US Open at the halfway stage on 13 over par.

Mickelson suffered arguably the most agonising of his six near-misses in the only major to elude him at the New York venue in 2006, when he needed a par at the 72nd hole to win, only to run up a double-bogey which gifted the title to Geoff Ogilvy.

The 50-year-old was a recent winner of his PGA Tour Champions debut, but he could not get to grips with a tough US Open set-up after making birdies at the first two holes on Thursday, carding only one more over the next 34 holes.

Rounds of 77 and 74 left him among the also-rans in what could be his 28th and final appearance in the event he first graced in 1990, when he finished as low amateur and repeated the feat 12 months later.

“I enjoyed the week and I enjoyed the challenge that this golf course provides,” said Mickelson, who said in January he would turn down a “sympathy invite” to the US Open if he failed to qualify on merit. “I think it’s always one of the hardest tests that we play but one of the most fun challenges.

“The character of the course throughout, from shot-making to putting and the short game, I think makes it a terrific place to play golf and I’m appreciative of the opportunity to have been able compete here. I’m disappointed I didn’t play better.

“I find that I’ve been playing very well at home, and I get out here where the penalty for a mis-hit is severe, and I find myself getting a little tight and playing some of my worst golf. And that’s something I’ve got to work on and fix.

“When I go back home, I don’t have the stress and I seem to play just fine, but I’ve got to be able to bring it out here under these conditions.