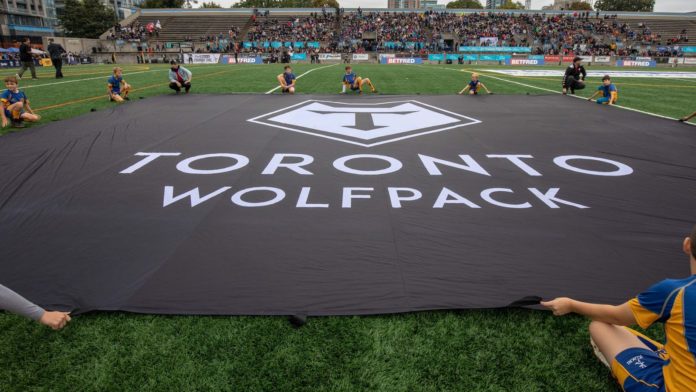 The prospective new owners of Toronto Wolfpack have confirmed their commitment to meet the bill for the players’ outstanding wages if the club is accepted back into Super League in 2021.

The GMB trade union, which represents rugby league players, says it has agreed a deal with backers of the club that will see the players’ 2020 salaries paid in full at a cost of more than £1million.

The Canadian club pulled out of the league in July after owner David Argyle announced he could no longer pay the bills and Toronto businessman Carlo LiVolsi has come forward with a plan to relaunch the club.

Toronto chairman and chief executive Bob Hunter said: “A primary commitment from the prospective new ownership group has been from day one to ensure that all player payroll liabilities are met in full and we are very grateful that the Wolf Grooming group have stepped up on this issue when those liabilities are legally the responsibility of the current owner David Argyle.

“We would like to thank GMB representatives for their positive approach during these negotiations, in what has been a very challenging period for the club and in particular our players.

“We just hope now that we are able to finish the job and our application for a return to Super League is successful so that the players and their families can receive these much-needed funds.”

LiVolsi and Hunter have put their business plan to Super League executive chairman Robert Elstone and Rugby Football League chief executive Ralph Rimmer but must also persuade club bosses to allow them back in.

A decision is expected next Friday and the clubs are thought to be divided on the issue.

Former Great Britain international Garreth Carvell, who is the GMB’s lead representative for players, is urging the clubs to back the new owners.

He said: “We understand the game needs to be assured on the financial status of the new ownership group but I feel the best test of due diligence on the new ownership of the Wolfpack is this agreement to repay the players for their 2020 payroll commitments, a liability which is not even the new owner’s legal responsibility.

“We strongly urge the Super League clubs to make the right decision for the players and the game and reinstate the Wolfpack to Super League.”