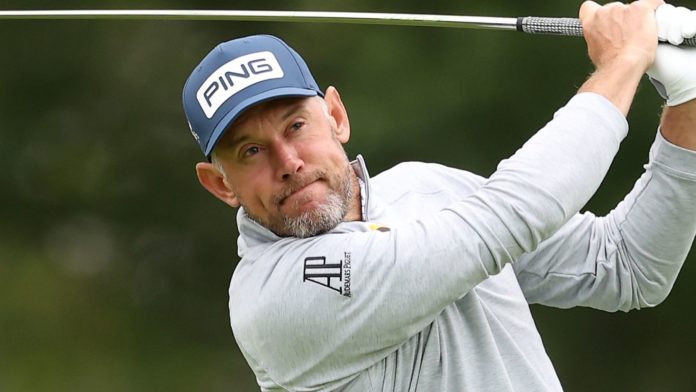 Lee Westwood insisted he can still pull off a long-awaited first major victory despite struggling at both the start and end of his second round of the US Open.

Westwood was flying high after firing a 67 in the tougher, afternoon conditions on day one, but he bogeyed the first two holes on Friday morning before steadying the ship, only to drop four shots over the last three holes to slip to three over for the tournament.

The 47-year-old found the opening two fairways but sent both approaches into greenside bunkers and was unable to salvage par, and he erred again at the sixth when he missed the green with wedge in hand from the fairway.

But he dug deep and set up an eagle chance at the long ninth, settling for a two-putt birdie from 15 feet, and he parred the first six holes of the back nine before coming to grief at the 16th, where he needed three blows to hit the green after pulling his drive into rough and compounded the error with three putts.

The double-bogey was followed by further missed fairways on 17 and 18 which resulted in two more dropped shots and a round of 76, although he was satisfied with his position heading into the weekend with Winged Foot playing much tougher than 24 hours earlier.

“It’s hotter out there, it’s obviously windier, the greens are a tiny bit firmer and the pin positions a little bit tougher,” said Westwood. “I didn’t quite play so well and got off to an iffy start, bogeyed the first two holes, but the first three holes were playing tough.

“It was just a disappointing finish as well, dropping four shots the last three holes. I was one under for the tournament with three to play, and they’re all playing downwind, so I’m a bit disappointed to finish like that.

“But three over par, here for the week, and you never know what’s going to happen in US Opens, do you? I just think you’ve got to hang around. Ideally you don’t want runs of holes where you drop four shots in three holes, but three over is by no means out of it.

“Then you’ve just got to play solid over the weekend and see what happens. I shot three under yesterday, so I know I’m capable of going out there and shooting three under if I play well, and that will get me back to level for the final day. I’m sure it wouldn’t be far off even par winning this tournament.”

Westwood also admitted he arrived in New York with realistic expectations over his chances of contending, although he was encouraged by an impressive finish in the Andalucia Masters, his 67 at a brutally-touch Valderrama being comfortably the low round of the final day.

“I didn’t really have any expectations,” he added. “I played well in the last round at Valderrama, so know I’m hitting the ball well and playing well. Just looking for a few decent breaks and make a few putts.”