Home Sport ‘Professional rugby in Ireland could disappear without fans’ 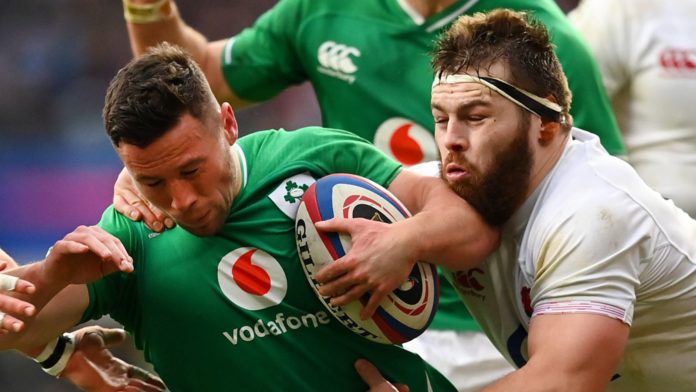 Philip Browne: “The rugby infrastructure built over 150 years is under threat”

Professional rugby in Ireland could cease to exist if fans cannot return to stadiums in large numbers amid the COVID-19 pandemic, IRFU chief Philip Browne has said.

The Irish union is projecting revenue losses exceeding 30m euros (£27.5m) due to the pandemic.

Browne said that despite implementing cost-cutting measures, including pay cuts of up to 20% and job redundancies, the union’s financial position is not sustainable.

“The rugby infrastructure built over 150 years is under threat,” Brown told the Oireachtas COVID-19 Committee on Friday.

“Irish rugby’s net losses in 2020 are catastrophic. It is anticipated that the IRFU and the provinces will continue to burn at least 5m euros (£5.6m) a month, primarily on professional wages and costs.

“This is not a sustainable position.”

Browne said the IRFU, which had a cash surplus of around 28m euros (£25.6m) in June, could be over 10 million euros in debt next year.

“If these projections were to materialise, the very existence of professional rugby on the island would be under significant threat in 2021,” added Browne.

The disruption of the Six Nations Championship is expected to cost the IRFU up to 15m euros (£13.7).

Ireland’s Six Nations games against Italy and France, which were scheduled for March, were postponed due to the novel coronavirus outbreak and will be played as part of a new eight-team Autumn Nations Cup in November.