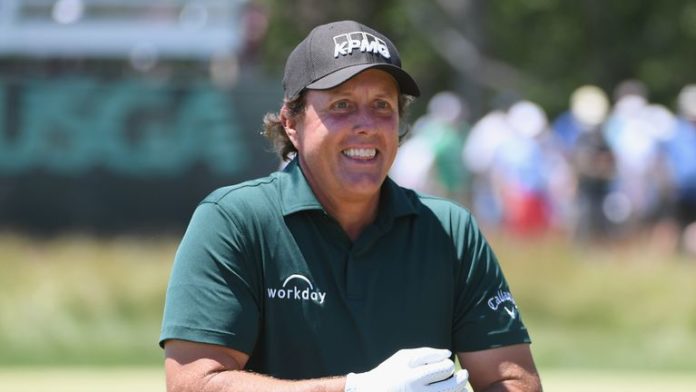 The good scoring on day one of the 120th US Open may not have gone down well with the USGA, or the Winged Foot members, but they will surely be anxious to avoid a repeat of 2018 when they set the course up for the third round.

Winged Foot, regarded by Tiger Woods as “up there with Oakmont and Carnoustie” as the toughest layouts in major championship golf, began to bite back on Friday as only Bryson DeChambeau and Bubba Watson broke par in the morning wave.

Woods and Rory McIlroy hailed the New York layout as already tough enough for a US Open without being “tricked up”, perhaps wary of the controversy that blighted a remarkable third day at Shinnecock Hills two years ago.

There were few complaints from the earlier starters that day, but the USGA had not factored in stronger-than-expected winds and a fast-drying course which sent scores soaring among the leaders.

Daniel Berger and Tony Finau were 11 shots behind halfway leader Dustin Johnson at the start of the third round. Both fired four-under 66s and ended the day in a share of the lead with Johnson (77) and eventual champion Brooks Koepka, whose 72 was the best score of the final four groups.

The most notorious incident of the round revolved around Phil Mickelson, whose frustrations on the 13th green resulted in him running after a putt that was heading back to the fairway and knocking his ball back towards the hole while it was still moving.

It was initially reported Mickelson, on his 48th birthday, had withdrawn from the tournament, but it later transpired he knew he would incur a two-shot penalty, went on to shoot an 81, and there were widespread calls for him to be disqualified.

Mickelson was not the only player to suffer on the greens, and the pin position on the 15th was a particular problem, highlighted when Ian Poulter and Scott Piercy both thought they had left themselves tap-in putts, only to be playing their next shots from over the back of the putting surface.

Pat Perez suffered a similar fate and said: “I don’t want to get fined so I’m not going to comment on it. But let’s just say it’s the USGA.”

Poulter, who this week reimbursed the USGA for some apparent damage to his locker at Shinnecock Hills, said: “I’m not sure I could possibly comment without using words which shouldn’t be seen … just like some of those pins!”

Zach Johnson went a step further and accused the USGA of losing control of the golf course, saying: “We’re not on the edge. I thought we could be on the edge, but we have surpassed it.”

The volume of criticism prompted USGA chief Mike Davis to call a press conference at the close of play, in which he admitted the organisers got the course set-up horribly wrong, although he stopped short of an apology.

“There were some aspects today where well executed shots were not rewarded,” said Davis. “We missed it with the wind. We don’t want that. The firmness was okay but it was too much with the wind we had. It was probably too tough this afternoon – a tale of two courses.”