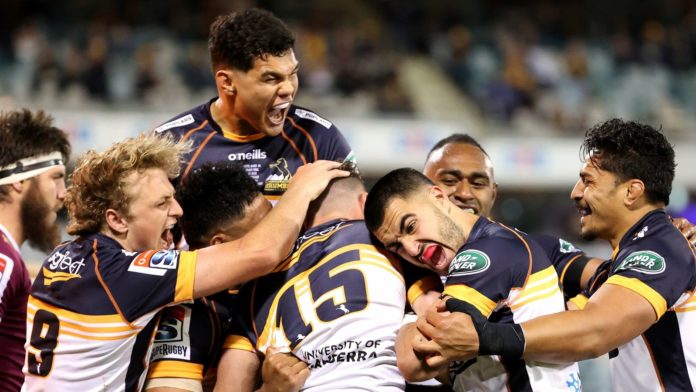 The Brumbies confirmed their domestic superiority in Australian rugby with a 28-23 victory over the Queensland Reds to clinch the Super Rugby AU title in Canberra on Saturday.

The victory ensured the Brumbies’ third title at Super Rugby level, having won the broader international Super Rugby competition in 2001 and 2004.

Hooker Folau Fainga’a, winger Andy Muirhead and full-back Tom Banks all crossed for the home side, while fly-half Noah Lolesio, surprisingly brought back after two months out with a hamstring injury, kicked 13 points.

The Reds battled back from deficits of 15-3 and then 28-13 as back-row forward Harry Wilson and lock Angus Blyth scored tries and James O’Connor added 13 points from the boot to give them hopes of adding to their only Super Rugby title in 2011. But they were ultimately unable to complete the comeback.