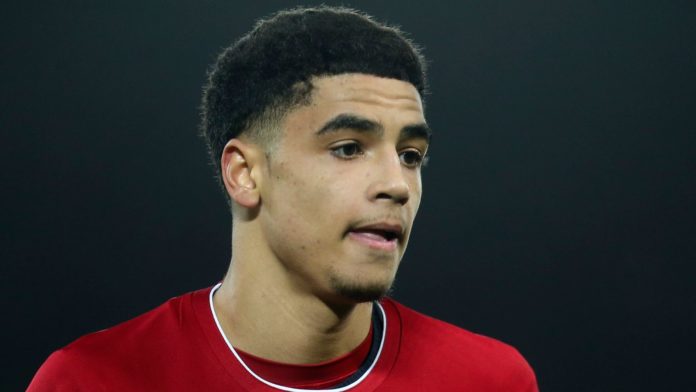 Wolves forward Diogo Jota is set to sign for Liverpool in a £45m deal, due to undergo medical on Saturday

Wolves have confirmed the signing of defender Ki-Jana Hoever from Liverpool on a five-year deal.

Hoever featured four times under Jurgen Klopp since signing for Liverpool from Ajax in 2018, and the defender only signed a long-term contract at Anfield last summer.

The Netherlands U18 international can operate at right-back, right-wing back and centre-back, which are positions Wolves are looking to strengthen during this transfer window, instigated partially by Matt Doherty’s departure from Molineux to Tottenham.

Wolves executive chairman Jeff Shi told the club’s website: “Ki is a young player who can play both centre-back and right-back, with high potential to become a top footballer.

“He played against Wolves in the FA cup game in 2019 when he was only 16 years old, and impressed us very much.

“Ki is a talent we have bought for the long-term future, but he can also give the first team a fresh and potent option immediately. Welcome to the pack, Ki.”

Wolves have confirmed Hoever will be eligible to make his debut against West Ham on September 27.

Meanwhile, Liverpool have agreed a £45m deal for Wolves forward Diogo Jota, with the 23-year-old set to head to Melwood on Saturday to undergo a medical before completing the deal.

Nuno has said Jota is “going to the right place”, ahead of his proposed transfer to the Premier League champions.

The Wolves head coach told reporters during a virtual news conference on Saturday he has already identified an unnamed target as Jota’s replacement.