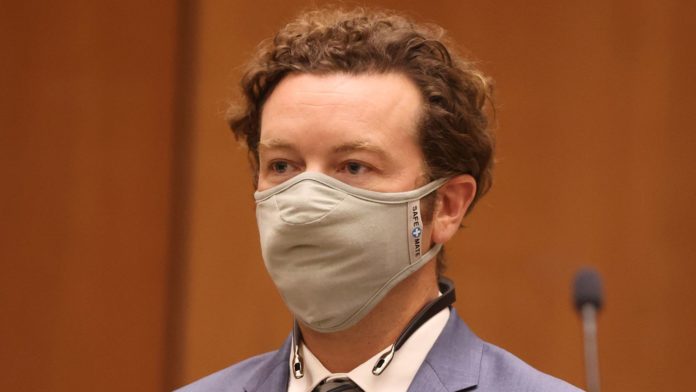 A star of noughties TV series That ’70s Show has denied three accusations of rape.

Danny Masterson, who played Steven Hyde in the hit Fox US show between 1998 and 2006, made his first appearance in court on Friday, where his lawyer declared his innocence and denounced the charges against him as “politicised”.

All of the alleged attacks are said to have happened in his home.

The 44-year-old has been free on bail since June, when he was arrested after a three-year investigation that resulted in the rare prosecution of a famous Hollywood figure in the #MeToo era.

He could face up to 45 years in prison if convicted.

The three women who made the allegations sat in the gallery of the Los Angeles courtroom.

About 20 of Masterson’s friends and supporters accompanied him to the court, standing in the courthouse lobby as he waited for the hearing, but only a few were allowed inside.

No plea was entered, but his lawyer Tom Mesereau said the charges were the result of unfair hype from media outlets and pressure to prosecute his client.

He said: “There have been repeated attempts to politicise this case. He is absolutely not guilty and we’re going to prove it.”

The judge made a ruling allowing cameras in court at a later hearing.

Masterson’s defence lawyers have filed documents calling for the criminal complaint be thrown out due to insufficient evidence.

A hearing on the issue will be held before Masterson is required to enter a plea.

The women said in a statement when Masterson was arrested that they had undergone “harassment, embarrassment and re-victimization” since they began helping authorities with their inquiries – and that they were “thankful that the Los Angeles County District Attorney’s office is finally seeking criminal justice”.

That ’70s Show was regularly watched by up to 10 million viewers in the US and launched the careers of Ashton Kutcher, Mila Kunis and Topher Grace.

Until recently it was streamed on Netflix and was aired on UK terrestrial TV for a period on Channel 5.

Masterson also starred in a cable TV sitcom he co-created, Men at World, and another Netflix comedy show, with Kutcher and Debra Winger, called The Ranch.