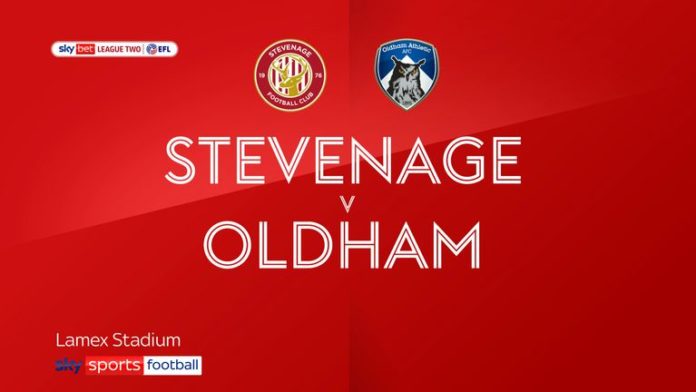 Stevenage earned their first win of the season with a dominant 3-0 victory over Oldham at the Lamex Stadium.

Harry Kewell’s side have lost both league games so far and are without a victory since January.

Arthur Read saw his long-range effort tipped over as Stevenage ended the half in charge.

Prosser nodded Read’s free-kick wide while Jack Smith almost caught the keeper out with a snapshot, but they were rewarded when Elliott List’s cutback was converted by Osborne inside the box.

Boro failed to extend their lead when Offiong saw his penalty saved after Carl Piergianni fouled Scott Cuthbert in the box.

However, James-Wildin almost immediately lashed in following a corner, with Prosser later nodding home from close range to seal victory.