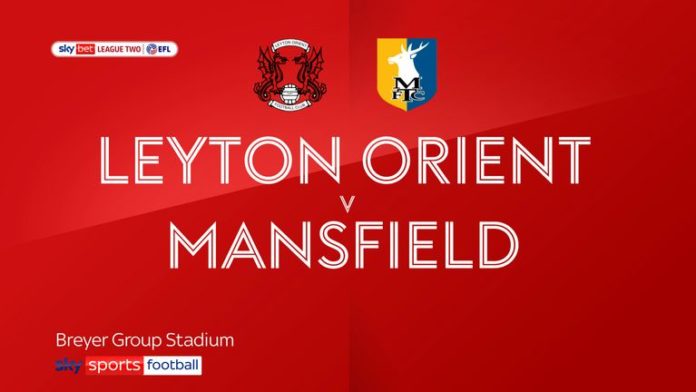 A late equaliser by Ruel Sotiriou earned Leyton Orient a point as they came from two goals down to draw 2-2 at home to Mansfield.

The visitors deservedly went in front with goals from Jordan Bowery and Andy Cook before the O’s reduced the deficit through Danny Johnson before Sotiriou’s late point-saver.

Mansfield opened their account for the season via the penalty spot six minutes after half-time. Orient’s James Brophy brought down Cook and one-time O’s striker Bowery stepped up to drill his spot-kick into the top right-hand corner.

Harry Charsley’s powerful drive was saved by Lawrence Vigoroux but the visitors did extend their lead after 72 minutes when Charsley took the ball into the box before feeding Cook who made no mistake from close range.

Orient pulled a goal back in the 82nd minute through a close-range Johnson effort – the striker’s fifth goal of the season – and deep into added time, Brophy raced down the left and fed a pass to Sotiriou who tucked the ball home.