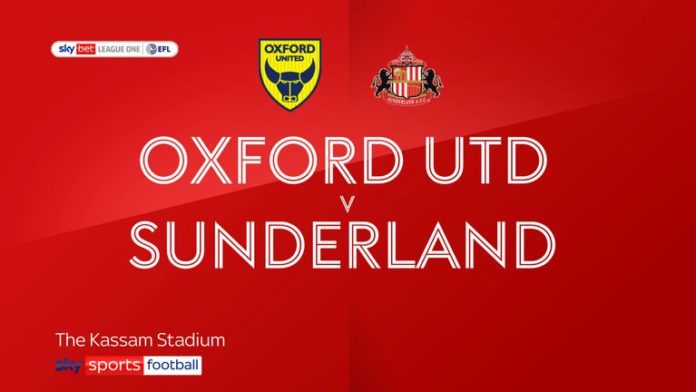 Lynden Gooch scored a superb individual goal to help Sunderland to their first win of the Sky Bet League One season in a 2-0 success over Oxford at the Kassam Stadium.

Two minutes into the second half, Chris Maguire’s shot ricocheted to right back Luke O’Nien who drove past Simon Eastwood.

And Gooch doubled the lead with eight minutes remaining – four minutes after coming off the bench – with a burst of pace and a jinking run past two defenders before calmly slotting home.

Strong defending from the visitors helped to restrict the U’s to few clear chances.

In the opening minutes, Black Cats’ Bailey Wright headed Maguire’s deep free-kick against the underside of the crossbar.

Oxford striker Taylor had a similar opportunity, looping a header over Lee Burge only to see the ball bobble just wide.

James Henry had a low shot saved after a storming break by defender Rob Atkinson, but Sunderland emerged as worthy winners.