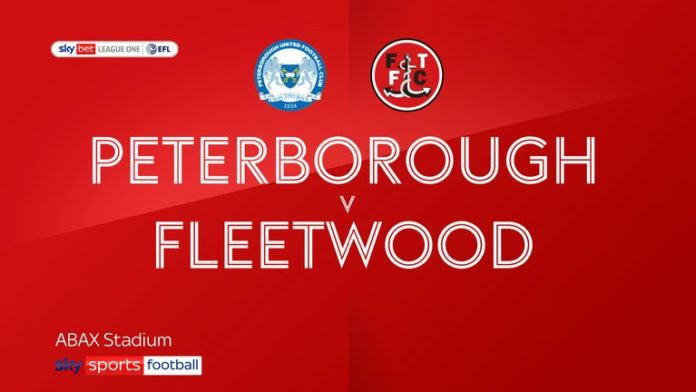 Jack Taylor and then Sam Szmodics sparked huge celebrations on the Posh bench after firing in late to overturn Callum Camps’ 55th-minute opener, his third goal since signing from Rochdale.

After a drab first-half, Peterborough brought on Siriki Dembele with the forward returning following his isolation period after a positive Covid-19 test.

But he could only watch as Camps superbly volleyed in low from 12 yards after a short corner from the left was swung in by Josh Morris.

After a feisty second-half, Taylor struck a minute into stoppage time, rifling in a half-volley from just inside the area after a Dan Butler cross was headed into his path.

And four minutes later, Szmodics scored from a similar distance after another cross was not dealt with, earning Posh their first points of the season and denying Fleetwood the chance to make it five wins from five in all competitions.