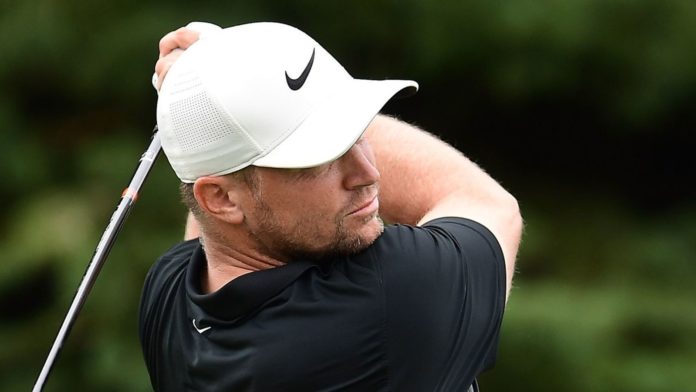 Alex Noren transformed from “angry man” to happy man after improving his US Open prospects with a brilliant third-round 67 at Winged Foot.

After making the cut with nothing to spare, Noren was out early on Saturday morning and spent the majority of his round as the only player on the course under par for the day.

The 2018 Ryder Cup star has been in encouraging form in recent weeks, posting three top 10s in four starts on the PGA Tour, and his renewed confidence was evident as he fought through the toughest of conditions in New York.

Noren followed five opening pars with birdies at six and seven before narrowly failing to save par at the eighth, but that proved to be his lone blemish of an outstanding round of golf.

The Swede continued to grind out the pars and picked up further shots at the 15th and 18th, where he knocked his final approach of the day to three feet, and he was delighted with his response to an erratic second-round 74 featuring just one birdie.

“Starting out, it felt like it was going to be the toughest day ever on a golf course, with pretty strong winds on the first six or seven holes,” said Noren, who closed on three over par for the championship. “Then it got a little bit easier, but the pins are still tricked up. I putted my life out.

“Yesterday I was a very angry man on the golf course, and my goal today was to putt better and be a little happier place. I just tried to be that way. On the back nine, my putter was the best it’s ever been. I saved myself a lot of times, and then got a couple of birdies as well.”

Noren was inside the world’s top 20 when he put the seal on Europe’s Ryder Cup victory in France with a thrilling 45-foot putt on the final green to beat Bryson DeChambeau, but he endured a lean 2019 and did not post a top 10 until his final start of the year in November.

Having tumbled out of the top 100 in the world rankings, Noren has worked hard to regain the form that earned him his Ryder Cup debut two years ago, and he attributes his upturn in fortunes to a change in his practice strategy and less self-analysis of his swing.

“You accept the bad rounds easier because you’ve got the confidence, you have the results in the bank, and when you don’t get in for a while, you start pressing,” he added. “All of a sudden, you start focusing on ‘is my technique wrong, is this wrong, is that wrong’.

“The last three months, I changed how I practice. I practiced on the golf course a little bit at home, trying to not be on the driving range, trying to work on maybe situations more than a specific look of the swing. So a lot more on the course.

“Then is kind of frees up my game. I don’t look at my swing on a video camera, I don’t analyse. Just if the shots are good enough, I’m happy. If they’re not, I go out and work on them, you know.”