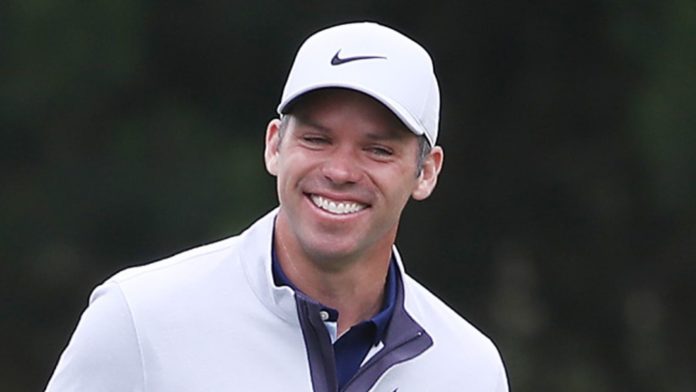 Paul Casey admitted he wanted to walk off the course after an “ugly” start to his third round at the US Open, but a couple of hours later he was celebrating a remarkable 69.

Casey crashed to 11 over par after he bogeyed five of the first seven holes at Winged Foot, but a birdie at the ninth revived his fortunes and gave him the confidence to put together the best back-nine score of the week.

The Englishman reeled off four consecutive birdies from the 11th to storm back to level par for the round, and he capped his sensational comeback with a seven-foot putt for another birdie at the last to close on five over par.

“I kind of wanted to walk in after the first five, six, seven holes – it was just ugly,” said Casey. “In fairness, it was incredibly difficult out there. It was windy this morning and it was cold. Those first few holes with the wind straight into your face on holes one, two and three are just very, very difficult.

“They can be played well if you strike it well. If you hit great golf shots, every golf ball seems easy, and I got a little out of position, and nice display of what can happen.

“But then on the flipside, look what can happen if you suddenly start striking it well. When they flash up 69, yeah, it’s not the full picture, is it. You’ve got to dig a little deeper. It was a stressful day, but I’m happy with what I shot.”

Casey, who made the cut on the mark at six over, also revealed he was fearful of failing to break 80 after his torrid opening seven holes, although his focus then shifted to trying to cover the inward half in 29 – a rare feat at any US Open.

“After that front nine I was just trying not to shoot 80, in fairness,” he added. “I actually had to count my score because I thought there was every chance of a 29 on the back. I wasn’t sure what score I was on, I was just trying to take care of business.

“t went through my mind on the putt on the last, I had to quickly add up and realise it wasn’t possible because I don’t know how many 29s would have been achieved at a US Open, either. Probably fairly few.

“Look, I’m glad I finally got one off of Winged Foot. It takes its pound of flesh every single time you seem to play this golf course, so I feel like I got an ounce or two of my own flesh back.

“What’s amazing is it’s right up there and it’s not like it has any kind of penalty areas that really come into play. Carnoustie has the out-of-bounds on certain holes, Oakmont has the treacherous little bunkering, but this place is just flat-out hard.”