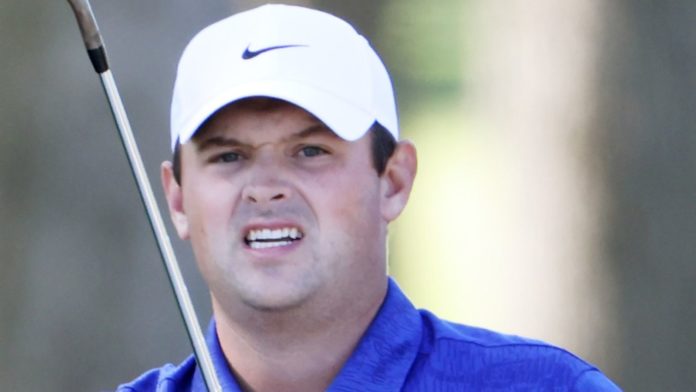 Patrick Reed lamented a “brutal” third round of the US Open and admitted his chances of victory on Sunday were all-but over.

Reed enjoyed the halfway lead and battled through inconsistency over the early stages of day three to be one under for the round at the turn, but a horrendous back-nine 43 saw him plummet from five under to three over, and eight behind 54-hole leader Matthew Wolff.

The former Masters champion made only two pars over the inward half while carding six bogeys and one double-bogey at the 11th, where he duffed a pitch from short of the green set the tone for the remainder of his seven-over 77.

“I got all my bad shots out of the way,” he joked afterwards. “You know, it was just one of those days. I couldn’t find a fairway, and from there trying to guess out of the rough all day, it was just hard. It was brutal.

“Out of the rough, it seemed like as the week is going along, it’s getting a little longer, a little thicker, and the ball is kind of sitting more at the bottom. It’s a guessing game as to how it’s going to come out. Unfortunately, I wasn’t able to guess correctly and, at the same time, wasn’t able to put the ball in the right spots.

“It’s just one of those days that when I hit the quality good golf shot, it still ended up in a spot on the green that I had to be really defensive, and I couldn’t actually be aggressive with putting.

“And then when I missed greens, it seemed just to be in spots where chipping it to four or five feet would have been absolutely amazing. There are some holes out there that I would have taken eight feet from some of the spots, or 10 feet from where I put it.”

And when considering his unlikely prospects of winning from eight behind, Reed was realistic with his expectations.

“You’re definitely going to need some help, but at the end of the day, it’s a long shot, but you saw how fast it can go the wrong direction. You get just a little off around here, you can make some numbers.

“The good thing is even though I’m three over par, the leader is at five under, so if I go out and I do something like I did on Monday, if I go out and shoot a really low one and finally hit some fairways, hit some greens and make some putts, you never know.

“It’s a Sunday at a major. The guy that’s in the lead is a great golfer, and all the guys here are. It’s just kind of one of those things that you just never know.”