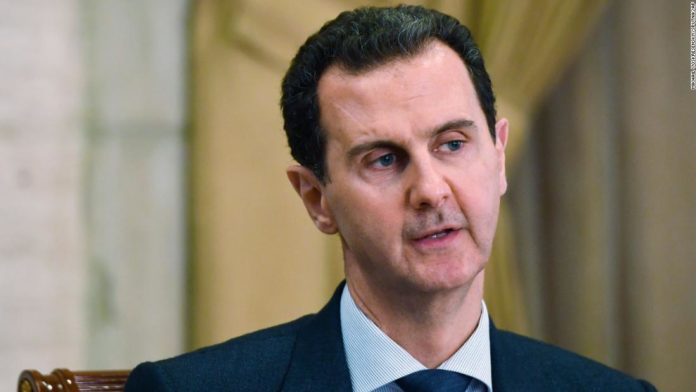 The rebuke comes a day after the Dutch government said it is seeking to hold the Syrian government accountable for widespread human rights violations under international law, including the UN Convention against Torture.
“The Assad regime has committed horrific crimes time after time. The evidence is overwhelming. There must be consequences,” Dutch Minister of Foreign Affairs Stef Blok said in a statement published on the ministry’s website.
Blok said the Syrian government had been informed of the decision by a diplomatic note, which called on Damascus to cease human rights violations and offer reparations to victims.
“International organizations have repeatedly reported serious human rights violations for years. Large numbers of Syrians have been tortured, murdered, forcibly disappeared, and subjected to poison-gas attacks, or have lost everything fleeing for their lives,” the Dutch government statement said.
The Dutch government asked Syria to enter into negotiations, saying that doing so is “a necessary first step in dispute settlement.”
It appears unlikely that the offer of negotiations will be accepted by Damascus, which, through its foreign ministry, responded to the announcement by accusing the Dutch government of financing and supporting militant groups in Syria.
If the two countries are unable to resolve the dispute, the Netherlands can submit the case to arbitration, and if no agreement is reached, it will submit the case to an international court, according to the Dutch statement.
In a statement, the Syrian Foreign Ministry said the Netherlands’ action “is nothing but a maneuver to camouflage the scandals of that regime and a desperate attempt to get what it couldn’t through its support for terrorist organizations in Syria.”
The Dutch government said about 200,000 Syrian civilians have died in the civil war in Syria since 2011 and that about 100,000 are missing.
Roughly 5.6 million Syrians have fled the country since 2011, according to the UN High Commissioner for Refugees, and some 6.6 million people are displaced internally.
Balkees Jarrah, associate international justice director at Human Rights Watch, welcomed the Netherlands’ move.
“All those, particularly governments, that have been appalled by the widespread brutality documented in Syria should publicly welcome this step and explore similar ways to assert the rule of law,” Jarrah said in a statement released Friday.
“For years, thousands have been systematically starved, beaten, and tortured to their deaths in Syria’s prisons. By using the Torture Convention to demand justice for their plight, the Netherlands is standing for countless victims in an action that could ultimately trigger a case at the world’s highest court.” Jarrah added.

CNN’s Taylor Barnes in Atlanta and Eyad Kurdi in Gaziantep, Turkey, contributed to this report.