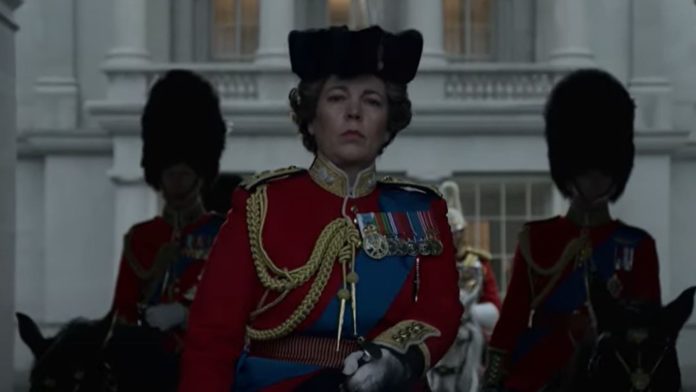 Talk show host Jimmy Kimmel has said this year’s Emmy Awards, which is taking place virtually because of the coronavirus pandemic, could end up a “beautiful disaster”.

Kimmel, who will be hosting the live TV awards ceremony, will oversee proceedings from the usual Staples Centre in Los Angeles – but without a packed audience or a red carpet.

Producers who have sent around 130 video kits to celebrities around the world will cut to the winners as they are announced for their remote acceptance speeches.

Plenty of British talent will be in with a chance of winning.

Olivia Colman is up for best drama actress for her portrayal of the Queen in The Crown, though faces competition from Jodie Comer, who won last year and is back again for Killing Eve.

Jennifer Aniston is nominated for her role in Apple TV+’s The Morning Show, Laura Linney is up for Ozark and Comer’s Killing Eve co-star Sandra Oh also grabbed a nod.

Normal People’s Irish star Paul Mescal scored his nomination for lead actor in a limited series or movie in recognition of his portrayal of Connell.

However, the acclaimed BBC show was snubbed in the limited series category and his co-star Daisy Edgar-Jones also missed out.

Outstanding drama series, considered by many the biggest award on the night, will this year feature The Crown, Better Call Saul, The Handmaid’s Tale, Killing Eve, The Mandalorian, Ozark, Stranger Things and Succession.

HBO’s Watchmen is the most nominated show, with 26 nods, including for outstanding limited series.

:: The 72nd Primetime Emmy Awards take place at 1am UK time on Monday. Sky News will be covering the event as it unfolds.