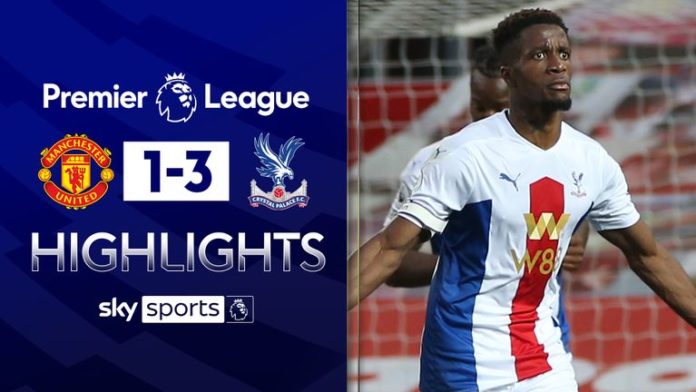 Shaw: “We have a very good group but, personally, I think we need more players to strengthen the squad. It can give us a boost.”

Luke Shaw has called on Manchester United to bring in more players before the transfer window closes.

Donny van de Beek, who scored United’s goal in their 3-1 loss to Crystal Palace on Saturday, remains the club’s only summer signing.

United started their Premier League season a week late following their Europa League involvement and were caught cold in a disappointing display.

Shaw told TV2: “We have a very good group but, personally, I think we need more players to strengthen the squad.

“It can give us a boost. When you look around at how other teams are strengthening their teams, then we must also do it to keep up with the others.”

United’s positive end to last season, securing Champions League football, boosted optimism of a possible title challenge this time around but they will need to perform a lot better than they did against Palace.

Shaw cited a truncated pre-season as one factor behind the slow start.

“Personally, from my point of view, the pre-season that we’ve had altogether is not the correct way it should have been. We’ve had a week all together,” he said.

“My first day back training, I could have probably counted on one hand the number of people who were training. Look at teams who have been together a while, training, playing games. I think Palace have played quite a few more games than us and it showed. We lacked that fitness and confidence.

“We haven’t been able to prepare in the way that we wanted and that’s not an excuse, because we have the quality of players to be able to win games like this, but we weren’t up to it and we’ve been punished. It’s the start of a new season, we should have been fresh.”

“I’m really disappointed that we lose 3-1 at home. I think it’s really bad.

“Yeah (we did not have as much match sharpness as Palace) but last week in training we did really well. We trained good, so my feeling was really positive. But, yeah, today we played too slowly.

“We went too long with the ball and I think against an opponent like Crystal Palace you need to speed up the game to create something. That was not good enough.”

Not only was Van de Beek candid in his assessment but the Netherlands international clearly took no consolation in netting on his debut.

“To play for all the fans in stadiums like this it’s more nice to score,” he said. “But still I scored but we lose and this is the most important thing, that we win.

“We lose but it’s always really nice to play for a club like this. I made my first game and I hope to help the team and next time that we win, for sure.”

United have precious little time to recover as a trip to Championship side Luton awaits in the Carabao Cup third round on Tuesday, live on Sky Sports, before next weekend’s Premier League match at Brighton.

Solskjaer: We didn’t deserve anything from the game

Ole Gunnar Solskjaer was in no mood to make excuses after United suffered only their third opening-day home defeat in the Premier League era.

“We didn’t deserve to get anything from the game,” he told Sky Sports. “We started badly and slowly; we looked like a team early on in their preparation in pre-season.

“You could see that they came flying out of the traps. You could see the difference between their prep with four friendlies and this is their third game this season whereas this is only our first game. We had one friendly last week but I think it showed. We were way short.

“You could see the physicality here this evening. They were sharper than us, they were stronger than us and we’ve got to catch up quickly. We can’t wait to have a normal pre-season and our next game is already on Tuesday.”

Solskjaer led the Red Devils to three cup semi-finals and third in the Premier League during a promising first full season in the hotseat, but a lack of transfer activity has since led to growing fan discontent.

Saturday’s season opener offered precious little relief from that pressure, and Solskjaer was asked if the defeat had hammered home the need for reinforcements if the side are to improve on last season’s third-placed finish.

“It’s hammered home that we need to improve,” he added. “That’s not good enough against any team in the Premier League, so we’ll have to work hard.

“We’ve had players here not in the squad tonight for different reasons. The training group we had this morning had seven players on it plus we had a big bench, so they’ll be knocking on the door saying they want to play the next one. Let’s see.”