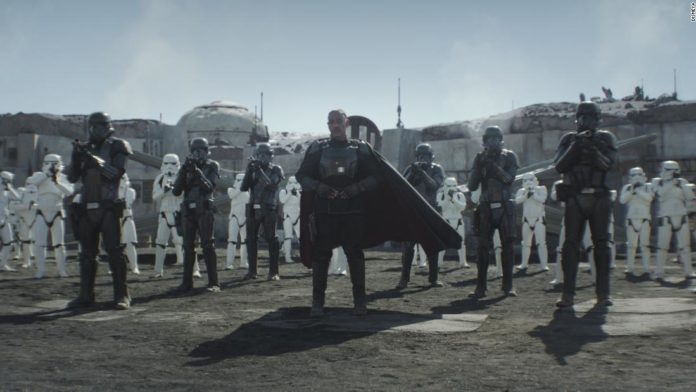 Nominations for the 72nd Primetime Emmy Awards were announced on Tuesday and it was a diverse mix.
With old favorites like “Game of Thrones” and “Veep” out of contention, shows like “The Mandalorian,” “Insecure” and “Schitt’s Creek” received multiple nods.
Netflix dominated with 160 nominations, as new services like Disney+, Apple TV+ also made their mark.
Leslie Jones, star of the forthcoming show “Supermarket Sweep” on ABC, was joined by Laverne Cox, Josh Gad, and Tatiana Maslany to make the virtual announcement.
This year’s ceremony will take place (in some form) on Sunday, September 20 on ABC. Jimmy Kimmel is set to host.
See the major categories below and you can see more here.

Outstanding lead actor in a limited series or TV movie

Outstanding lead actress in a limited series or TV movie

“Curb Your Enthusiasm”
“Dead to Me”
“The Good Place”
“Insecure”
“The Kominsky Method”
“The Marvelous Mrs. Maisel”
“Schitt’s Creek”
“What We Do in the Shadows”