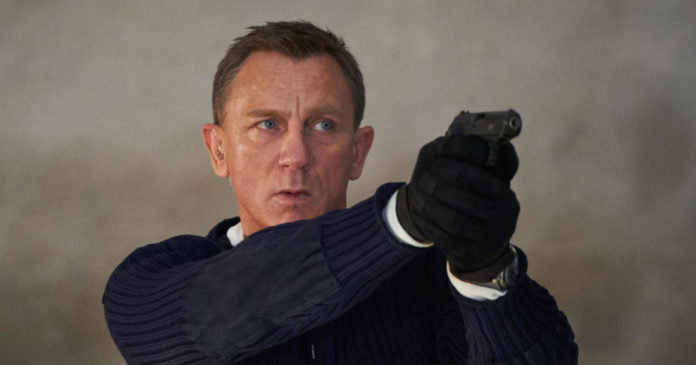 Theaters are gradually reopening, with limited capacity, and let me tell you, there’s nothing like watching a movie on a giant screen. The actors are huge; the action sweeps you up.

I’ve missed it. I’ve missed sharing it with other people. When theaters open here in New York, I will be … nowhere near them! Sorry, still too many unknowns for me. It’s no time to die.

Hey! That’s my segue, to “No Time to Die,” the new James Bond, bumped from last March to this November. And boy, I’ll be tempted. I hear that Bond theme, I salivate like Pavlov’s dog. And I love Daniel Craig’s 007. He’s so put-upon! This one looks like an all-star bash. Rami Malek is the high-tech villain. Phoebe Waller-Bridge co-wrote it. Drive-in, here I come!

Maybe I’ll do that for Marvel’s “Black Widow,” too. Yeah, I’m sick of superheroes, but the trio of Scarlett Johansson, Florence Pugh and Rachel Weisz? Be still my heart.

And directed by a woman, like “On the Rocks,” which reunites “Lost in Translation” filmmaker Sofia Coppola with Bill Murray, who plays Rashida Jones’ dad: They bond while searching for the daughter’s wayward husband.

A major female-directed film opens in early December: “Nomadland,” Chloe Zao’s follow-up to “The Rider.’ It’s a portrait of roving van dwellers in a time of recession, with a hauntingly bereft Frances McDormand.

Some of these can be rented at the same time, or soon after, they open in theatres, which is the only good thing about this catastrophic pandemic: Wherever you live, you can see new movies at the same time as urban cineastes like moi. [Check out Kino Marquee, where part of the rental fee goes to the small, probably hurting theatre of your choice.]

You can do festivals virtually, from biggies like the current New York Film Festival, to the LGBTQ Newfest in October.

Also in October, a big festival hit arrives on Amazon: Garrett Bradley’s sublime documentary “Time,” in which a woman’s campaign to shorten her husband’s 60-year sentence for armed robbery changes her life, and maybe yours.

As for TV on TV, shooting shut down for months last March, which is why the season is heavy on reality shows.

For scripted new shows, CBS has the engagingly weird “B Positive,” about the nutty bond between a man and his female kidney donor; in season two, he gives her his liver. I’m kidding!

On FOX, some of the folks behind “24” present “Next,” with a bearded John Slattery as a pointy-headed tech guru fighting not human terrorists but run-amok A.I.

Nicole Kidman discovers her oncologist husband Hugh Grant has his own kind of malignancy in HBO’s “The Undoing.”

And on Showtime, Jeff Daniels plays former FBI head James Comey as a likably diligent prat trying to hold his own against Donald Trump (played as a sort of Shrek by Brendan Gleeson) in the miniseries, “The Comey Rule.”

But the scariest thing on TV this fall will be, of course, the presidential election, which will probably drive me screaming back to the theatre.

And the Emmy goes to… the Brits! Huge night for UK...