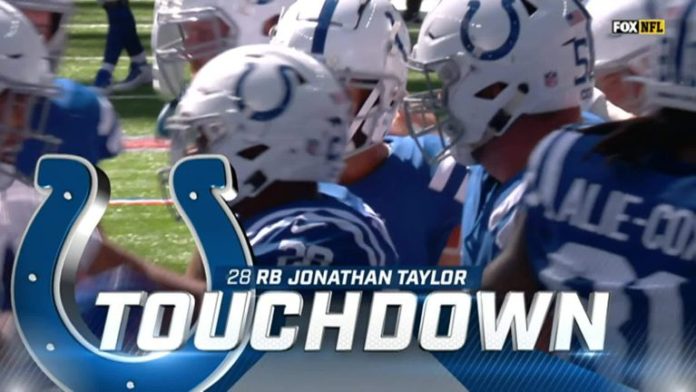 The Vikings opened the scoring with a 21-yard field goal from Dan Bailey before Indianapolis were dealt a blow when second-year wide receiver Parris Campbell exited the game with a knee injury.

Eric Wilson came up with the game’s first interception as he pounced on a loose ball knocked out of the hands of Alie-Cox, ending a 16-play drive led by rookie back Taylor.

Having forced the Vikings to punt on the next drive, the Colts took the lead with a five-yard touchdown run from Taylor and later extended their lead with a combined effort from DeForest Buckner and Denico Autry to sack Cousins in the end zone for a safety.

Rodrigo Blankenship’s 28-yard field goal put the Colts further ahead, before he was at hand to nail a 38-yarder after Khari Willis returned the ball 43-yards from an interception on a deep pass intended for Adam Thielen.

After ending the first half with an interception from a hopeful deep pass, Cousins’ second half began in a similar fate when his effort tipped off the hands of Olabisi Johnson and into the grasp of Kenny Moore, teeing up another 38-yard field goal from Blankenship.

The Colts defense continued to stifle a Vikings outfit desperately lacking intensity in all departments and soon capitalised again with a two-yard touchdown from Zach Pascal, set up by Rivers’ 27-yard connection with the impressive Alie-Cox in a 10-play, 82-yard drive.

Blankenship was on the money again with a 44-yard field goal to put the Colts up 28-3, to which the Vikings responded through Cook with a three-yard touchdown run followed by a two-point conversion up the middle.

It was too little too late for Mike Zimmer’s men, though, as the Colts ran down the clock to pick up their first win of the season.