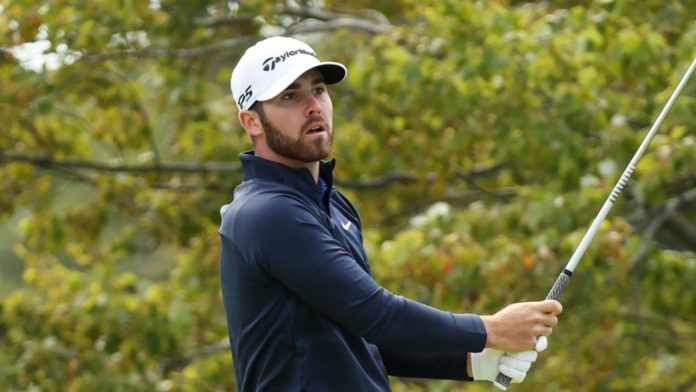 Matthew Wolff celebrated an “exceptional” performance on his US Open debut, despite finishing six shots behind champion Bryson DeChambeau.

Playing in only his second major championship, Wolff slept on a two-shot lead after the third round but could not keep pace with DeChambeau’s outstanding form in the final round, going from leader to chaser after just five holes on Sunday.

He managed to stay within one of the new leader when he matched DeChambeau’s eagle at the ninth, but further dropped shots at the 10th and 14th suddenly left Wolff four behind with four to play.

A double-bogey at 16 ended his title hopes, and two closing pars added up to a 75 and an overall score of level par, which he was understandably proud of on one of the toughest courses in major championship golf.

“A bunch of positives,” was how Wolff described his week in New York. You can’t take Bryson out because obviously he won, but shooting even par for four rounds at Winged Foot is pretty exceptional. I think the last couple of US Opens that they’ve had here, I think five over or so has won.

“I played really tough all week. I battled hard, and things just didn’t go my way. But for my first US Open, second place is something to be proud of and hold your head up high for. I’m just excited to learn from this experience, and it’s definitely not the last time that I’m going to be in this spot.”

Wolff insisted that nerves did not get the better of him under the pressure of going into the final round of a major with the 54-hole lead, and conceded that DeChambeau was a worthy winner.

“It’s the US Open. There are a lot of breaks out there that probably I could have had, and if I’m that much closer to Bryson coming down the stretch, I’m sure he feels a little bit more pressure.

“He played really well, I was just told that there’s a lot of people in here saying what he’s doing is pretty exceptional. To watch it first hand, I have to agree. I feel like I played really well, and that’s the difference out here between four over and four under is just those little tiny breaks that I didn’t get.

“I’m not looking to have a consensus of I got bad breaks out there, but I definitely can say that it just wasn’t meant to be. There were a lot of times out there, like when Bryson’s ball kicked straight left on 12, and I landed it literally in the exact same spot and it stayed in the rough.