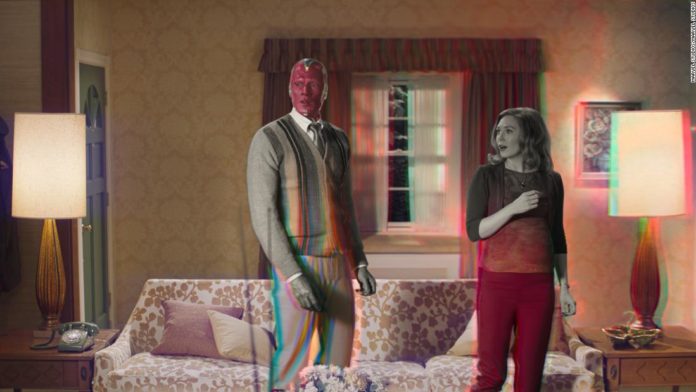 A new trailer for the upcoming series for Disney+ debuted during the Emmy Awards.
The six episode series about two super-powered beings living in suburbia, created by Jac Schaeffer, is based on the Marvel Comics characters Wanda Maximoff and Scarlet Witch.
It stars Elizabeth Olsen, Paul Bettany, Kat Dennings, Randall Park and Kathryn Hahn.
There’s no release date just yet but production on “WandaVision” was halted due to Covid-19 in March and is expected to premiere some time in December.