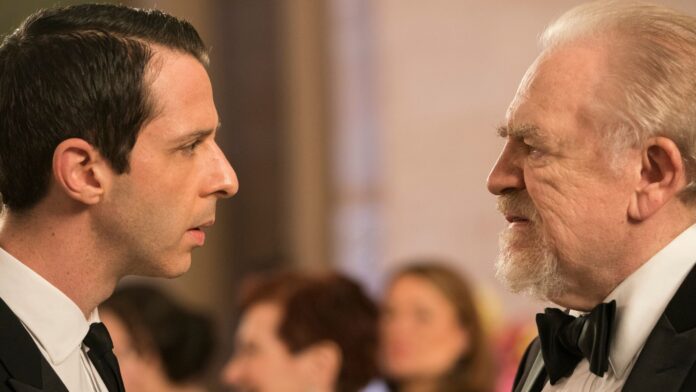 Schitt’s Creek swept the board in the comedy categories at this year’s “Pandemmys” – with Succession and Watchmen the other big winners of the night.

The Emmys 2020 ceremony was hosted by Jimmy Kimmel from a largely empty venue in Los Angeles, as the majority of winners accepted their prizes virtually due to the coronavirus crisis – the source of more than a few gags as well as moments of reflection during the event.

Against the backdrop of the pandemic, social unrest and the upcoming presidential election, the biggest night in TV was a politically charged event – with many stars urging viewers to vote – and took place without the usual glitz and glamour of the red carpet.

HBO and Sky’s Succession picked up the biggest gong of the night, for outstanding drama series, as well as awards for directing, writing and outstanding lead actor in a drama for Jeremy Strong – who saw off competition from his on-screen father, Brian Cox – aka media mogul Logan Roy.

Other big awards went to Zendaya, who at 24 became the youngest person to win the award for lead actress in a drama series, for her role in Euphoria, and Mark Ruffalo, who was named best actor in a limited series or movie for I Know This Much Is True.

Elsewhere, Ozark’s Julia Garner won outstanding supporting actress in a drama while Billy Crudup won in the male category for his portrayal of a conniving network executive in The Morning Show.

Winners accepted their awards virtually, with just a few stars joining Kimmel at the Staples Centre – including nominee Jennifer Aniston, who made a surprise appearance on stage to present the first award. Kimmel – who welcomed viewers to the “Pandemmys” – wore yellow gloves, sprayed the envelope with disinfectant and set it on fire to “burn the germs off”, before reading the winner.

Unlike the 2019 event, which saw stars including Phoebe Waller-Bridge and Jodie Comer picking up awards, most of the British and Irish talent missed out this year, with Olivia Colman, Jeremy Irons, Helena Bonham Carter and Paul Mescal, as well as Comer and Cox, all ending up empty-handed.

However, Jesse Armstrong picked up a prize for his writing on Succession, while John Oliver was recognised for his work on his Last Week Tonight show.

Some 130 at-home video kits had been sent to stars around the world so that winners could accept their prizes live, rather than in pre-recorded segments.

King, who wore a T-shirt bearing the image of Breonna Taylor, a black woman shot and killed by police in Kentucky in March, joined a host of stars urging viewers to vote.

At one point, Kimmel was joined on stage by actor Anthony Anderson to repeatedly declare: “Black Lives Matter.”