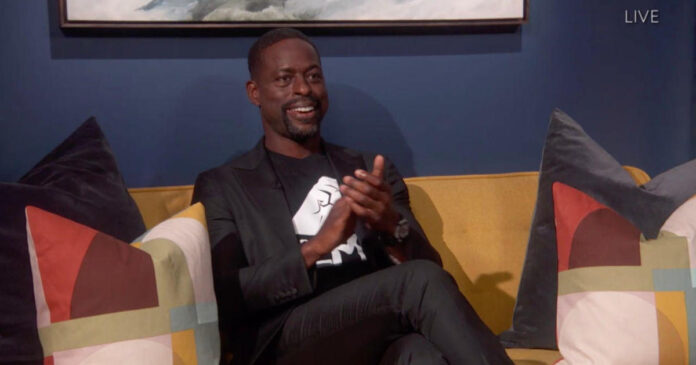 The 72nd Primetime Emmy Awards took place Sunday night with many presenters and award winners stressing the importance of voting and expressing support for the Black Lives Matter movement. Due to the coronavirus pandemic, the awards were presented at an empty Staples Center in Los Angeles with Jimmy Kimmel as host.

It didn’t take long before the subject of voting came up, with “Schitt’s Creek” co-creator and star Daniel Levy urging viewers to register to vote.

“For any of you who have not registered to vote, please do so, and go out and vote, and that’s the only way we’re going to have some love and acceptance out there,” Levy said as he accepted the award for best comedy series. “Schitt’s Creek” had an exceptional run, earning the first seven Emmys of the evening and sweeping the comedy section.

“Watchmen” star Regina King also touched on voting in her acceptance speech for lead actress in a limited series. “We’ve got to vote. I would be remiss not to mention that… It is very important,” King said. “Be a good human.”

King also paid tribute to Supreme Court Justice Ruth Bader Ginsburg, who died on Friday at the age of 87. “Rest in power,” she said.

King wore a shirt featuring Breonna Taylor, who was shot and killed by police in her home in Louisville, Kentucky. Actress Uzo Aduba, who won the award for best actress in a limited series, also wore a Breonna Taylor shirt.

Mark Ruffalo chose to highlight voting and the importance of diversity in his acceptance speech for outstanding lead actor in a limited series: “We have to come together with love for each other, and if you have privilege, you have to fight for those who are less fortunate and more vulnerable. That’s what’s great about America —  our diversity. And the one thing I’ve learned in my family is that we are stronger together, when we love each other and we respect each other’s diversity.”

He urged viewers to “go out and vote for compassion and kindness” but did not name a specific candidate.

Actor Anthony Anderson led Kimmel in a chant of “Black Lives Matter” before presenting the award for best limited series. Anderson, who stars in “Black-ish,” noted that a record number of Black actors were nominated and won awards this year. “I’m still rooting for everybody Black because Black stories, Black performances and Black lives matter,” Anderson said.

“Watchmen” showrunner Damon Lindelof wore a “Remember Tulsa ’21” t-shirt and dedicated his win for outstanding limited series to the victims of the Tulsa Massacre of 1921: “The fires that destroyed Black Wall Street still burn today. The only way to put them out is if we all fight them together.”

Capping off the evening was an “un-thank you” speech from “Succession” creator Jesse Armstrong. While accepting the award for outstanding drama series, Armstrong said “un-thank you” to politicians like President Trump and British Prime Minister Boris Johnson for their coronavirus response efforts.