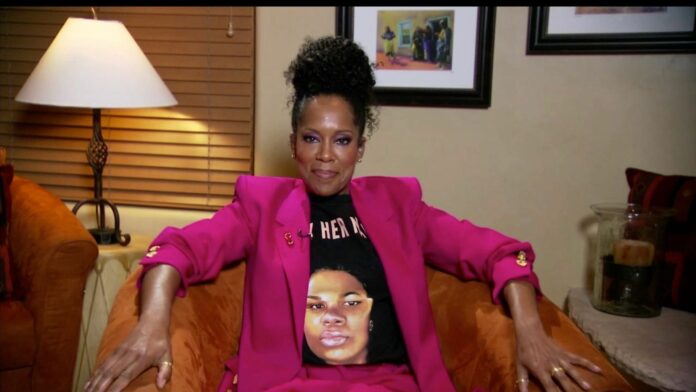 With winners accepting their awards live from home, the Emmys 2020 was a night that could have gone horribly wrong.

But despite the absence of, well, real people at the venue (a few exceptions aside), the awards show actually went pretty well.

Here are the main talking points from the virtual Emmys.

Host Jimmy Kimmel referred to the event as the “Pandemmys”, with cardboard cut-outs of stars replacing the real thing around the largely empty Staples Center in Los Angeles. Key workers – including a teacher and a UPS deliveryman – were among those presenting awards and Jason Sudeikis received a COVID-19 test on stage.

While other awards ceremonies that have taken place during the pandemic have opted for some pre-recorded sections, the Emmys decided to go fully live, with cameras sent out to 130 nominees in 20 different cities around the world to capture acceptance speeches.

Of course, this meant we got to see the stars at home – and several posted pictures of themselves getting ready for the celebrations, and enjoying them throughout the event, too.

The Morning Show co-stars Reese Witherspoon and Jennifer Aniston were among those to share their pics.

She might have missed out on the outstanding lead actress in a drama award (more on that below) for her role in The Morning Show, but Aniston still managed to steal the show.

Appearing on stage with Kimmel to present an award as one of the few stars at the event in person, she managed to put out a fire (no biggie) started by the host to “burn the germs” from an envelope containing details of an award winner.

The star was then whisked back home to enjoy the rest of the night in her PJs. And who did she watch the show with? Her “roommates”, of course!

The actress was joined at home by her former Friends co-stars Courteney Cox and Lisa Kudrow.

“Of course I’m here, we live together,” Cox replied, when asked by Kimmel why she was there. “We’ve been roommates since 1994, Jimmy,” Aniston added.

Aniston won an Emmy for her portrayal of Rachel Green in Friends back in 2002.

Actress and singer Zendaya was a surprise win in the outstanding lead actress in a drama category, becoming the youngest star ever to win the prize – and beating A-listers such as Aniston and Oscar-winner Olivia Colman in the process.

The 24-year-old took the gong for her portrayal of drug addict Rue in Sky/ HBO’s dark high school drama Euphoria.

Last year’s winner, Killing Eve star Jodie Comer, was 26 when she picked up the same award.

Zendaya, a former Disney Channel star, fought back tears as she clutched her trophy at home, surrounded by her family.

“I know this feels like a really weird time to be celebrating,” the star said as she accepted the award. “But I just want to say that there is hope in the young people out there.

“I know that our TV show doesn’t always feel like a great example of that, but there is hope in the young people. And I just want to say to all my peers out there doing the work in the streets, I see you, I admire you, I thank you.”

As well as Aniston (The Morning Show) and Colman (The Crown), Comer and her Killing Eve co-star Sandra Oh were also up for the award, alongside Laura Linney (Ozark).

Schitt’s Creek bows out in style

It was a huge night and a fitting ending for Schitt’s Creek, which won all seven comedy awards after a six-season run which ended earlier this year.

The show also won the overall outstanding comedy series gong, ahead of competition including previous winner The Marvelous Mrs Maisel.

The castmates celebrated together at an Emmys watching party.

During one of his many trips to the microphone, Daniel Levy, who is gay and created the show with his father, Eugene, said: “Our show at its core is about the transformational effects of love and acceptance and that is something that we need more of now than we’ve ever needed before.”

Taking place amid the coronavirus crisis and ahead of the upcoming US election, it was no surprise that several stars spoke out about issues such as the pandemic and the Black Lives Matter protests.

Winner Regina King wore a T-shirt bearing the image of Breonna Taylor, a black woman shot and killed by police in Kentucky in March.

Honoured for her role in Watchmen, which explores systemic racism and white supremacy, King nodded to the show’s themes in her acceptance speech and urged people to vote, adding: “I would be remiss not to mention that.”

She finished her speech with a tribute to the late Supreme Court justice Ruth Bader Ginsburg and said: “It is very important, be a good human. Rest in power RBG.”

Succession creator Jesse Armstrong used his speech, delivered from London, to criticise Boris Johnson and Donald Trump for their responses to the coronavirus crisis.

For being “robbed” of spending the night with the show’s cast and crew, the writer said he wanted to deliver a series of “un-thank yous” – targeting the leaders of the US and UK.

“Un-thank you to the virus, for keeping us all apart this year,” he said. “Un-thank-you to President Trump for his crummy and uncoordinated response.

“Un-thank you to Boris Johnson and his government for doing the same in my country.”