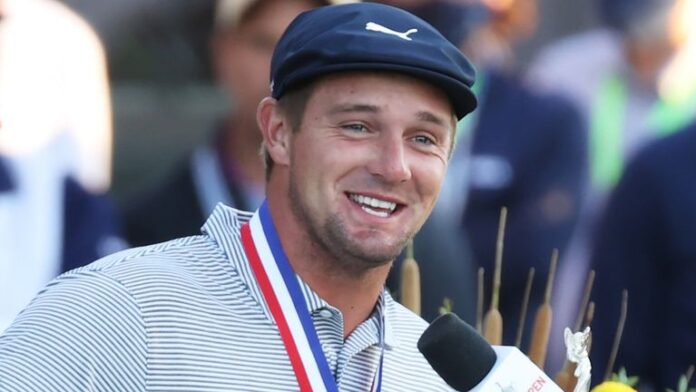 Andrew Coltart reflects on Bryson DeChambeau’s US Open victory at Winged Foot, but is his power-hitting game good for the future of the sport?

I’d like to think golf is a bit more cultured than that, more multi-faceted. It’s not solely a game of brawn, it’s a game of brain and brawn. You’ve got to factor a number of things in, you’ve got to think, strategise and plot.

But with Bryson developing his physique the way he has, the mathematicians that follow his every move are figuring out that modern golf is not the same sport as back in the day.

My argument is, is it more skilful to hit a green with a four-iron, or a wedge? Clearly, you’re a better player if you hit it with a four-iron. And yet, not many of these guys are keen to lay it back and increase their chances of finding the fairway, because it’s just as advantageous to smash it 350 yards and find the rough.

The numbers over US Open week have proved that it’s now as unimportant as ever to find the fairway off the tee. When I was growing up I watched Nick Faldo controlling his ball flight and putting his ball between the right-hand rough and the left-hand rough. That’s a skill that is sadly lacking these days.

Maybe the answer is to take away the rough completely, because you can’t resort to letting three-inch rough grow to seven-inch rough. That would render golf unwatchable at times if some players are struggling even to chop it back onto the fairway.

That would be like Carnoustie on steroids, we don’t want to see incidents like The Open in 1999 when many players needed two or three attempts just to get back to short grass.

Because the fairways are as tight as they are at Winged Foot, even the most accurate players off the tee can’t hit them all.

Three or four areas of first cut to stop the ball running into the thick hay, or they need to get rid of the rough completely so that everybody has the opportunity to hit the green, no matter where their ball finishes.

As it stands, many of the shorter-hitters have no option to go for the green from the rough, whereas the power players are 100 yards away or less and can gouge it on with a wedge.

That’s the way the path of the game is going, and it’s got to be checked.

Bryson himself said on Tuesday that it didn’t matter if he was in the rough if he was sending it 380 yards with his driver, so if that’s the case, then what’s the point in having rough? Just take it away so that everybody, especially someone who is creative with a four-iron, can hit the green from 210 yards.

I can hit a four-iron closer than some of these guys can get with an eight or nine-iron, but not out of the rough. It would just be a sand-wedge back into play and try to make par the hard way.

So let’s widen the fairways to give more players more options, avoid lengthening the rough or there’s a more ridiculous argument that the rough should be progressively longer as you get closer to the green.

That way, if Bryson and co are only 100 yards from the green, they’d be in rough seven inches long and with little chance of controlling the ball, if they can get it out at all.

The diameter changed in the 80s, when we went from a 1.62 to a 1.68. I just think we’ve got to go down the path of bifurcation. We cannot carry on extending golf courses to accommodate professional golfers that are going to continue to push the envelope with the technology available.

There are all sorts of ecological and financial repercussions to consider as well, and longer courses mean longer rounds when we need to focus on cutting the time it takes to get round 18 holes.

The authorities have got to press on with plans to negate the distance the ball is going. The worst thing they can do is make rough deeper.

Next generation – Bryson or Webb?

There’s little doubt that watching Bryson over a traditional fairways and greens merchant like Webb Simpson would attract more youngsters to the game.

It’s a similar situation to 30 years ago when John Daly appeared on the scene, hitting it miles and everyone just going ‘wow!’.

But, at the same time, that’s not what golf is all about, is it?