Home Sport How does Pep regain the title? 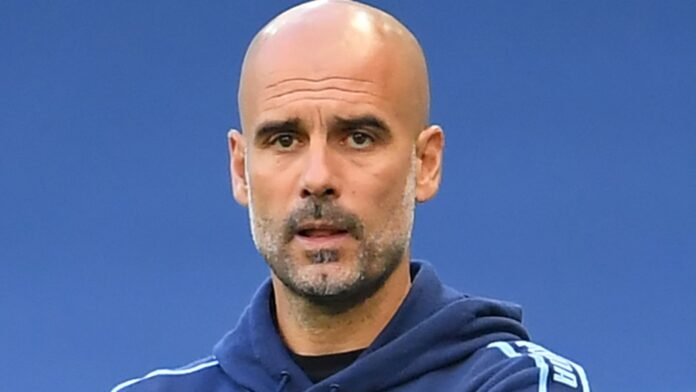 Pep Guardiola has never regained a league title in his coaching career. In fairness, he has never even attempted it before. The only previous occasion he surrendered the crown was in his final season at Barcelona prior to his sabbatical. This is new territory for him.

It is rare for anyone to accomplish it in the modern European game. The increased turnover in managers, coupled with the monopoly in existence in France, Germany and Italy, means that few find themselves in this position of being asked to win back something lost.

There was a time when it was common. Stan Cullis and Matt Busby regained the English title. Don Revie did it and so did Bill Shankly and Bob Paisley. Howard Kendall and Kenny Dalglish traded the trophy, while George Graham regained it with Arsenal in 1991.

Only two managers have done that in the same stint at the same club during the Premier League era. Arsene Wenger managed it once with Arsenal. Sir Alex Ferguson did it no fewer than five times with Manchester United. Perhaps he is the man to defer to on such matters.

Torres ready to make his mark

“You have to recover, as we have done many times,” he said before embarking on the campaign that would see him regain the title for the final time before his 2013 retirement.

“That is our target this year. Priority No 1 is to win the title back. I think if you look back over different periods of recovery, when Arsenal won the title from us in 1998 we went and won the treble the next year. So we accepted that challenge and did something about it.

“Then, when Chelsea came along and the first two years got off to real flyers in the league, we had to change our pre-season a little bit to make sure we got off to quick starts. And that allowed us to get the title back. That has happened three times in the last 14 to 15 years. Recovery is so important and exactly the same applies this season. There is no difference.”

Guardiola belatedly begins his attempt to regain the Premier League trophy on Monday night in front of the Sky Sports cameras with Manchester City already installed as favourites, despite Liverpool’s dominance last season.

Manuel Pellegrini knows how that goes. But his attempt to regain the title was a miserable one – resulting in City’s worst league finish and lowest points haul of the decade.

There are some uneasy parallels given Guardiola’s contract situation, but the mood feels slightly different, nevertheless. There is optimism that City are ready for a new cycle.

The arrival of Ferran Torres provides fresh impetus in attack, making up for the loss of Leroy Sane, who was unavailable throughout last season anyway. There is hope that Phil Foden is primed to have a much greater impact following the departure of David Silva.

Further encouragement comes from the underlying numbers that show why so many still favour City. Guardiola’s side were still the Premier League top scorers last season and they conceded only two more goals than Jurgen Klopp’s runaway champions.

A goal difference of 67 – 15 better than Liverpool – was indicative of their dominance in so many of their matches and the reason why they remain the most feared team in the land. Nobody blows teams away like Manchester City when they are on song.

The problem for Guardiola, the reason why they failed to retain the title, is what happens when they are unable to achieve that fluency. The games that do not go their way. There were nine of them last season – nine defeats to Liverpool’s three. It was the difference.

It is the reason why Wolves make for such intriguing opponents on Monday evening. Nuno Espirito Santo’s side did the double over Manchester City last season. Those two matches against Wolves revealed plenty about why Guardiola’s title defence came up short.

The match at Molineux in December, a 3-2 defeat in which City lost a two-goal lead, was unfortunate in that it featured an early red card for Ederson that left them with 10 men.

But it was not unfortunate in another sense. The result was a fair reflection of the play – it was one of four matches last season in which City’s opponents had the better chances, according to Opta’s expected-goals model rating the quality of opportunities in the game.

That almost never happened in City’s back-to-back title wins under Guardiola. There was the goalless draw at Crystal Palace on New Year’s Eve in 2017 when Ederson saved a late penalty and there was the battling 2-1 win over Liverpool in January 2019. That was it.

Giving up the better chances in four games out of 38 might not seem too damaging but it was indicative of a loss of control that left City susceptible to the vagaries of chance.

This same expected-goals data shows that there were actually 17 games in which City gave up chances that might be expected to lead to the opponents scoring at least once in the game. That is as many matches as in the previous two seasons combined.

It does not mean that City deserved to lose nine games, let alone 17, but it did leave them vulnerable. The door was left ajar and too often they found themselves punished.

The other match against Wolves – the 2-0 home defeat at the Etihad Stadium in October was a good example of this. City dominated possession throughout but were caught on the counter-attack twice in the closing stages with Adama Traore applying the finish both times.

Controlling the counter-attack, by fair means or foul, had been an essential element of Guardiola’s success at City. For two seasons, his team did that brilliantly. Last season, they did not, and when it goes wrong then it results in clear-cut chances for the opposition.

The number of counter-attacks leading to an opposition shot against Manchester City last season was 16 – twice as many as in the two previous campaigns. Guardiola knows what went wrong but what he needs to work out now is how he can stop it this time around.

The signing of centre-back Nathan Ake from Bournemouth should ensure that there is more pace in defence, whether that is him or Aymeric Laporte, and the sort of scenario that saw Traore running at Fernandinho and Nicolas Otamendi will never be repeated.

More must be done ahead of that to limit the exposure of the back-line, whoever is in it, and it is here that more is expected of Rodri in fulfilling the defensive demands of the screening role in midfield that had been perfected by Fernandinho in previous seasons.

If Manchester City can address these issues and make the defensive tweaks required then a team that is averaging over 100 Premier League goals per season over the past three years should have more than enough to put themselves in contention to regain the title.

If they cannot, then Pep Guardiola’s first – and possibly last – attempt to regain the title with Manchester City will be doomed. All eyes on Molineux.