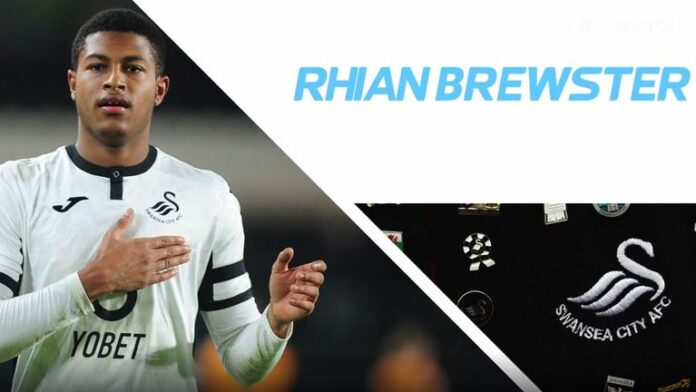 Crystal Palace have made a formal bid of £19m plus £6m in add-ons for Liverpool striker Rhian Brewster.

The offer includes the option for Liverpool to have first refusal, and buy the player back for £37m in the future.

Jurgen Klopp has not fully decided whether Brewster will figure in his plans this season, though Sky Sports News has been told he is now prepared to let the 20-year-old leave – with Liverpool needing funds to cover the purchases of £25m Thiago and £45m Diogo Jota.

Roy Hodgson is determined to get Brewster in – he first noticed his ability when he was manager at Anfield and the youngster was in Liverpool’s academy.

Brewster also scored 10 goals in 20 Championship games last season while on loan at Swansea and is keen on discussing the idea of a move, in order to get more first-team football.

It now looks like Palace are the front runners in the chase for Brewster’s signature – although up to six Premier League clubs – including Sheffield United, Newcastle and Brighton – are also keen on him.

Last month, Brewster made a substitute appearance in Liverpool’s Community Shield defeat to Arsenal and missed the crucial penalty in the shoot-out.

Sky Sports assess Brewster’s attributes and explain why the Liverpool striker, 20, is set to be a star of the future in English football.

“He just looks very comfortable and with the composure that he shows in front of goal, he is lethal,” says Andrews. “His general build-up play maybe needs to be worked on but there’s going to be aspects of every part of his game that slightly need to be worked on.

“The biggest thing he’s got going for him is the fact that he’s an instinctive finisher. He doesn’t thrash at things, he’s very composed and he has a knack for heading as well.

“He can’t overpower 6ft 2in centre halves, he has to out-cute them. He has to get in between areas and he does that very well.”