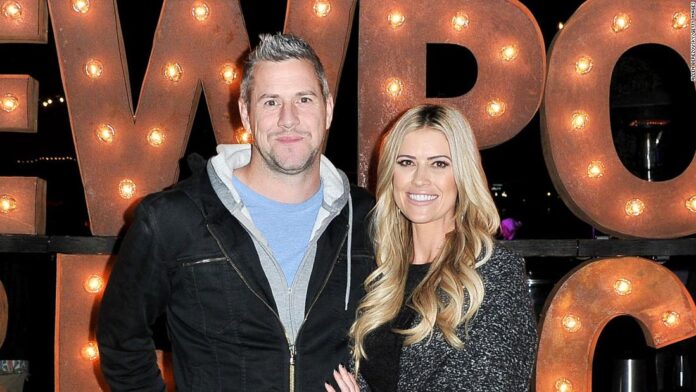 Anstead shared the news on her verified Instagram account over the weekend that she and Ant Anstead, host of the car series “Wheeler Dealers,” have decided to separate.
“Ant and I have made the difficult decision to separate,” read the caption on a photo that appeared to show the two of them in shadow walking into the sunset. “We are grateful for each other and as always, our children will remain our priority. We appreciate your support and ask for privacy for us and our family as we navigate the future.”
The couple wed in December 2018 in a surprise wedding at their Newport Beach, California, home and welcomed a son the following year.
Fans of Christina Anstead’s hit HGTV series “Flip or Flop” were shocked in 2016 when she and her then-husband and co-star, Tarek El Moussa, announced they were splitting after seven years of marriage.
The pair, who share two children, continued working together for a time. Their hit HGTV series will return with 15 new episodes starting October 15, it was recently announced.
The new season focuses on the exes as “they continue to navigate both the expected and surprising challenges of co-parenting their kids — Taylor, 9, and Brayden, 5 — while running a successful business,” according to a news release.
“Tarek and I have a common goal to create beautiful houses for families,” Anstead said in a statement. “We work hard but our priority is spending quality time with our wonderful kids and raising them to appreciate the love of family.”
El Moussa announced his engagement to “Selling Sunset” cast member Heather Rae Young in July, and she is set to appear on the new season of his spin-off series, “Flipping 101 with Tarek El Moussa.”
The Ansteads home life was featured in her solo series, “Christina on the Coast,” which recently wrapped up its second season.