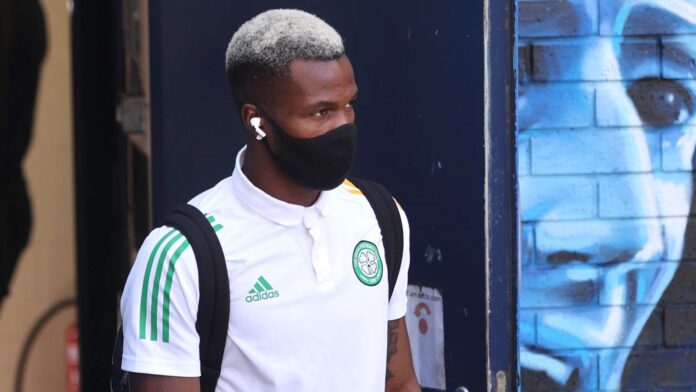 Celtic and Aberdeen will pay £8,000 to the SPFL Trust, with the rest suspended until the end of the season

Celtic and Aberdeen have both been fined £30,000 by the Scottish Professional Football League (SPFL) for breaches by their players of Covid-19 regulations.

The Scottish Premiership clubs will pay £8,000 to the SPFL Trust, with the rest suspended until the end of the season.

Celtic’s Boli Bolingoli, who has since left the club on loan, travelled to Spain on August 4 and then failed to tell the club or quarantine on his return.

Aberdeen ‘heavily fined’ eight players for a visit to a bar on August 1, which led to the postponement of games against St Johnstone and St Mirren.

A spokesman for the SPFL said: “Aberdeen FC and Celtic FC demonstrated that they had gone to enormous lengths to ensure that their players adhered to all relevant requirements and protocols relating to Covid-19.

“However, the requirement of individual players to adhere to their clubs’ carefully-designed protocols is a matter of personal and professional responsibility on the part of those players.

“That the players involved ignored the strict and comprehensive requirements set down by Scottish Football, by their clubs and by the Scottish Government, is obviously a serious issue, but given the lengths to which the clubs had gone in each case to seek to ensure compliance by its players, the SPFL Board sub-committee suspended the majority of the fines imposed.

“The fact that adherence to social distancing and other regulations has been assiduous in the intervening period is obviously something we welcome, and we congratulate players, staff and officials for taking a leading role on these important issues.”