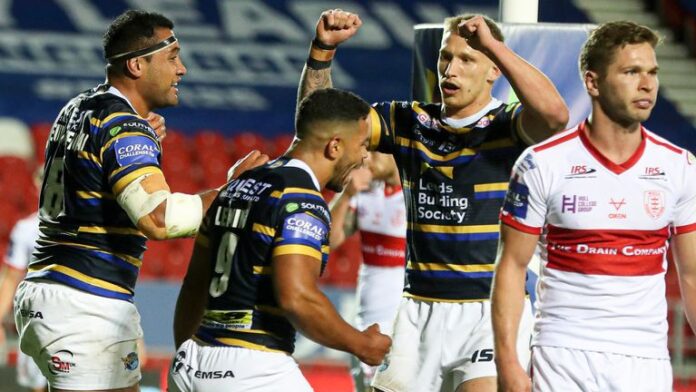 Hull KR half-back Jamie Ellis has been cleared of a biting allegation.

However, the RFL’s match review panel decided Ellis has no case to answer and pointed out the Rhinos did not submit any additional evidence to support the allegation.

The case notes state: “Opponent adjusts left hand from underneath player and places hand in the mouth of the player. Footage does not demonstrate the player making a biting motion.”

Meanwhile, Hull prop Brad Fash was given a caution for dangerous contact in his side’s 36-4 defeat by Wigan on Saturday and his team-mate Manu Mau avoided suspension for a Grade A high tackle in the same match.

Huddersfield front-rower Oliver Wilson was charged with Grade A dangerous contact during the Giants’ 29-6 Super League win over Wakefield on Thursday but he also avoided a ban.