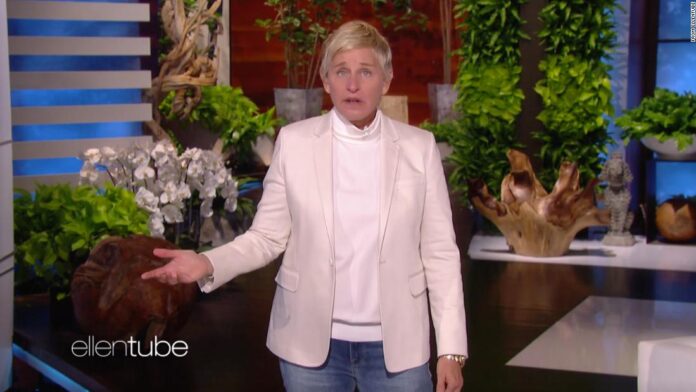 Sarcastically calling her summer “great,” DeGeneres apologized to anyone who had been negatively affected while working on her staff.
“As you may have heard, this summer there were allegations of a toxic work environment at our show and then there was an investigation. I learned that things happened here that never should have happened. I take that every seriously and I want to say I am so sorry to the people that were affected. I know that I am in a position of privilege and power and with that comes responsibility and I take responsibility for what happens at my show,” DeGeneres said.
She added that she is now “taking responsibility for what happens at my show.”
The show’s distributor, Warner Bros. Television, is owned by CNN’s parent company, WarnerMedia.
Several current and former staff members alleged they faced harassment, intimidation and racism in reports by BuzzFeed over the summer.
A statement from WarnerMedia released at the time stated, “Warner Bros. and Ellen DeGeneres take the recent allegations around the show’s workplace culture very seriously.”
In an email to staffers in July, DeGeneres apologized to her team and said an internal investigation was launched.
On Monday, DeGeneres said the show has since made “the necessary changes.”
“We have had a lot of conversations over the last few weeks about the show, the workplace and what we want for the future. We have made the necessary changes and today we are starting a new chapter,” she added.
She also joked about being called the “be kind” lady, and said that’s “a tricky position to be in.”
“Being known as the ‘be kind’ lady is a tricky position to be in,” she continued. “So let me give you some advice out there if anybody’s thinking of changing their title or giving yourself a nickname, do not go with the ‘be kind’ lady. Don’t do it. The truth is I am that person that you see on TV.”