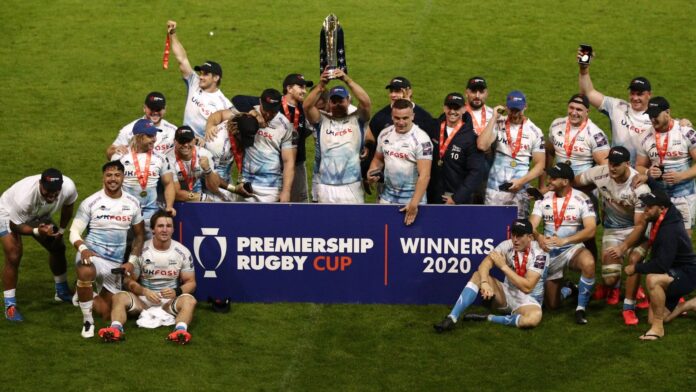 Scrum-half De Klerk, a World Cup winner for South Africa last year, darted over for the game’s decisive try three minutes from the end at the AJ Bell Stadium in Salford as Sale clinched their first trophy since 2006.

De Klerk hared over down the blindside with Sale hanging on to a 20-19 lead and fellow South African Rob du Preez’s touchline conversion put Steve Diamond’s side 27-19 ahead as the clock ticked down.

Sharks’ last trophy triumph came 14 years ago when they won the Premiership title, while Quins, who played their full part in a nerve-jangling final, were denied their first silverware since their Anglo-Welsh Cup success in 2013.

Quins led 16-10 at half-time, fighting back from 10-0 down through James Chisholm’s converted try and three penalties from fly-half Marcus Smith.

Sale back row Dan du Preez’s 66th-minute touchdown and brother Rob’s conversion hauled their side to within two points of their opponents.