Home Sport Curran keen to prove a point at IPL 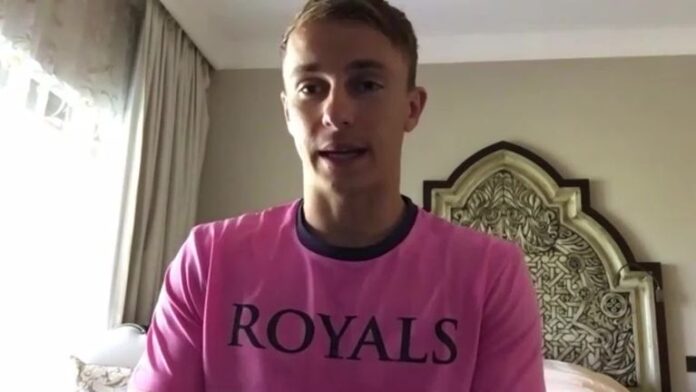 “I’m coming into this one a lot more mentally fresh, a lot more assured as a player and I’m looking to put a few of those bad performances right this year”

Tom Curran has got a point to prove.

The bowling all-rounder may have proven himself to be one among the best death bowlers in white-ball cricket; shining for Surrey, excelling in the Big Bash for Sydney Sixers and establishing himself as a key part of England’s plans ahead of two T20 World Cups in as many years. But where the Indian Premier League is concerned, he has unfinished business.

By his own admission, his only previous IPL stint did not go to plan. Curran played five games for Kolkata Knight Riders in 2018, taking six wickets with best figures of 2-19 – the issue was an economy rate of 11.60.

More than two years on and with plenty more top-level experience acquired, he is back as part of a four-strong England contingent at Rajasthan Royals – joining Jofra Archer, Jos Buttler and Ben Stokes – and determined to right a few wrongs.

“To be honest, I’ve got a few mixed feelings looking back at my last IPL, it didn’t go very well personally,” Curran told Sky Sports.

“It was a huge, huge learning curve for me. I’d spent the best part of four or five months away on my first proper England winter with the Ashes, we then had ODIs in Australia and New Zealand, a T20 series and I didn’t go into that (IPL) bowling as well as I’d have liked.

“Mentally I was pretty fatigued after that winter so looking back at it, I think I’ve learnt a lot from it as a player.

“I feel like I’m coming into this one a lot more mentally fresh, a lot more assured as a player and I’m looking to put a few of those bad performances right this year. I’m feeling motivated and hopefully I can do that this year.”

Should Curran make his Royals debut in their first game on Tuesday, that won’t be the only thing driving him on with younger brother Sam, fresh from an impressive showing in the tournament opener, set to be in the Chennai Super Kings line-up.

Sibling rivalry and that brotherly competition has been a feature throughout their careers. However, that has usually been while they have been on the same side with Surrey and England. It has been a long time since they were on opposing sides.

“It’s going to be really odd!” Tom added. “We’re usually helping each other out and getting advice from each other but this will be a little throwback to the backyard days – although he can’t cheat this time and say he’s not out or not bowl!

“Look, it’s really exciting but I’ve got to get into the side first. It’ll be unbelievable and something I’m sure we’ll both enjoy.”

Curran has gone from one bio-secure bubble to another after his recent exploits with England in the white-series against Australia but he is not concerned about the quick turnaround and is keen to get to work with some familiar faces at the Royals.

“Some people prefer to have longer gaps between games whereas I personally like to get in the rhythm of playing games,” he said. “If you’re in a good run of form you can take advantage of that and just run with it.

“We’ve got an unbelievable squad here with Jos, Stokesy, Jof and these guys, it’s always a pleasure playing with them. On the other side, I’m really looking forward to playing with some of the Indian guys in our team.

“I played with Robin Uthappa a couple of years ago at KKR, he’s a really nice guy so it’s good to be back with him here, he’s an unbelievable player. Some of these younger guys, Sanju Samson and there’s Steve Smith and some of the other bigger names so that’ll be quality.

“Then testing myself against some of the big Indian stars in the other teams, Virat Kohli, Rohit Sharma, these types of guys. You want to be doing it against them and performing against the best, so that’ll be a nice challenge and one I’m looking forward to.”

The IPL is not just a chance to play against the best but also to learn from and about them and with two T20 World Cups just around the corner, Curran will be paying close attention.

“Although it won’t be playing in front of the big crowds in India, it is still playing against some of the most talented and destructive batters and bowlers in the world,” he added.

“It is another chance to test yourself against the best, develop and bounce ideas off team-mates you wouldn’t have the pleasure of playing with in a normal season I guess.

“It’s about developing our game and bouncing ideas off these guys and getting a little taste of some of these match-ups that you’ll be facing at the World Cup in a year or two’s time.”

For now though, Curran is aiming to use the lessons he learnt from his last IPL experience – and perhaps a bit of sibling rivalry – to give Rajasthan a shot at glory in this unique IPL claim.