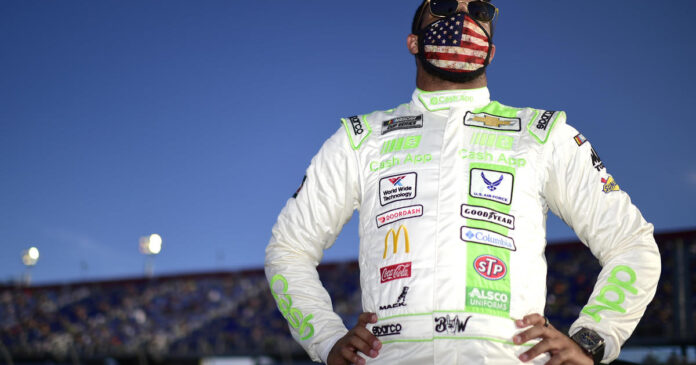 Basketball legend Michael Jordan has entered the realm of NASCAR by purchasing a Cup Series charter in partnership with Denny Hamlin. Bubba Wallace will be the driver for the single-car team beginning in 2021, NASCAR announced Monday.

Wallace, NASCAR’s only full-time Black driver, said he would be leaving Richard Petty Motorsports when the 2020 season concludes. Wallace has been having a career season with five top-10 finishes, according to NASCAR, and has also made headlines for his devotion to issues of social justice. He was a leading voice in calling on NASCAR to ban the display of the Confederate Flag at races.

In June, the FBI opened an investigation after a noose was found hanging in Wallace’s garage prior to a race, prompting fears that a hate crime had been committed. It was determined that the garage’s door pull had been tied in that shape months earlier, and no charges were filed. NASCAR said at the time they were “thankful to learn that this was not an intentional, racist act against Bubba,” but Wallace noted it was still troubling.

“It was a noose” he told CNN’s Don Lemon after the investigation was concluded. “Whether tied in 2019, or whatever, it was a noose. So, it wasn’t directed at me, but somebody tied a noose.”

Jordan, who owns the NBA’s Charlotte Hornets, will be the majority owner with Hamlin as a minority partner.

“Eleven years ago I met Michael Jordan at a then-Charlotte Bobcats game and we became fast friends,” Hamlin wrote in a statement posted to Twitter announcing the partnership. “Not long after, I joined Jordan Brand as their first NASCAR athlete. Our friendship has grown over the years and now we are ready to take it to the next level.”

“Deciding on the driver was easy — it had to be Bubba Wallace,” Hamlin added.

At age 39, three-time Daytona 500 winner Hamlin is still an active driver with Joe Gibbs Racing. NASCAR rules do not allow for a driver to own a team and drive for another, but this will not apply to Hamlin as minority owner, according to The Associated Press.