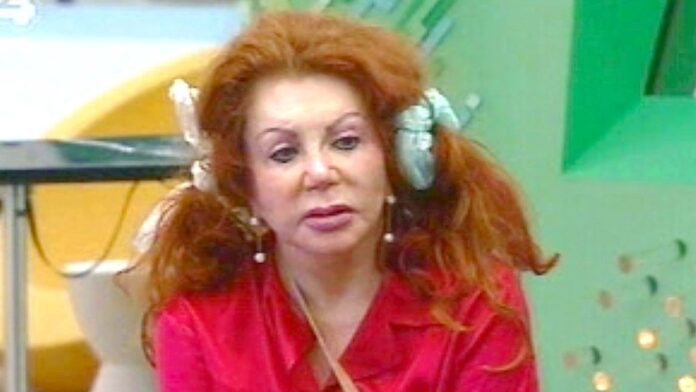 Jackie Stallone, the mother of Hollywood actor Sylvester and one of Celebrity Big Brother’s most memorable stars, has died aged 98.

Tributes have been paid to “a remarkable woman” by one of her other sons, Frank, who confirmed the news in a statement.

Stallone died on Monday “in her sleep as she had wished”, he wrote on social media.

“It was hard not to like her, she was [a] very eccentric and flamboyant person,” Frank wrote.

“Her mind was as sharp as a razor till the day she died.”

He said his brother Sylvester had taken “care of her like a Queen for all of her life”, and added: “I will never be able to call my mom again or have her yell at me why I never got married. But we all loved her and her spirit to survive and prevail. I’ll miss you always mommy.”

Frank said he is “drowning my emotions in tears and too much vino” following his mother’s death.

Stallone was married three times and had three sons and a daughter, Toni D’Alto, who died in 2012.

A famous celebrity astrologer and women’s wrestling promoter, she had a very memorable, albeit brief, stint in the Celebrity Big Brother house in the UK in 2005, alongside contestants including the late John McCririck, model Caprice, Happy Mondays star Bez, and Germaine Greer.

A surprise contestant who went into the famous house a few days after the series had kicked off, Stallone entered much to the shock of co-housemate and former daughter-in-law Brigitte Nielsen, with whom she had a frosty relationship.

“Oh my God! Jackie!” a stunned Nielsen exclaimed when she first saw her.

Stallone’s response – “Yeah… Jackie” – as she wore a fur coat and sunglasses, became a famous line from the show.

Despite being evicted from the house after just four days following clashes with racing pundit McCririck, she became one of the show’s most loved characters.

Fans of the series have been paying tribute to the woman they say made one of the greatest entrances in its history.

Jamie East, who presented spin-off show Big Brother’s Bit On The Side, wrote on Twitter: “Ah man, RIP Jackie Stallone – responsible for one of the greatest ever moments on television.”