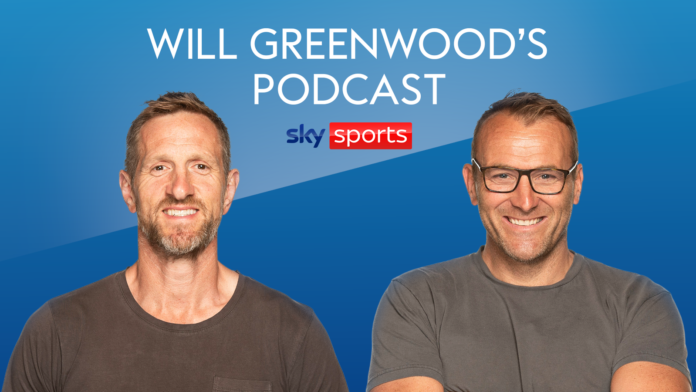 Will Greenwood and Rupert Cox chat to Exeter’s Ollie Devoto, and discuss the Champions Cup, the Super Rugby AU final and more in the latest podcast episode.

In this week’s episode of Will Greenwood’s Podcast, our duo have plenty to get their teeth stuck into with a busy weekend to review and one to look back on too.

Exeter centre Devoto is the special guest, and joins the pod in what will be a huge few weeks for the Chiefs as they chase an unprecedented European and Premiership double.

Indeed, the Chiefs booked a first Champions Cup semi-final place in the club’s history on Sunday as they defeated Northampton at Sandy Park, and will now host Top 14 champions Toulouse on Saturday.

Greenwood and Cox look ahead to that semi-final, as well as the Racing 92 vs Saracens European semi-final, while also looking back at the weekend’s Champions Cup quarters.

Elsewhere, our duo discuss who may have caught they eye of Australia head coach Dave Rennie in Saturday’s Super Rugby AU Final, as the Brumbies became the Australian champions.

To listen to all that and much more click play above for the latest edition of Will Greenwood’s Podcast!