Home Sport Wembley to host Challenge Cup final, may be closed to fans 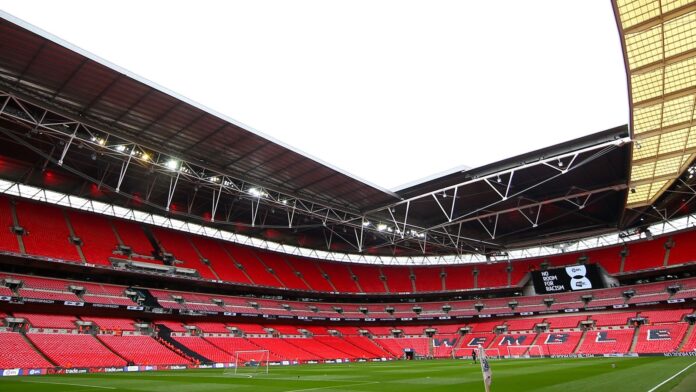 Wembley will stage the 2020 Coral Challenge Cup final on October 17, the Rugby Football League has announced, but it may be played behind closed doors.

The game’s oldest knockout competition has suffered major disruption, with the national lockdown forcing a redraw of the sixth round and the closing stages put back from spring and summer to September and October.

The national stadium, which has hosted the final since 1929, was pencilled in for the October 17 final and the RFL has now confirmed the venue, along with St Helens’ Totally Wicked Stadium for both semi-finals on October 3.

The semi-final double-header, featuring Salford against holders Warrington and Leeds against Wigan, will be played behind closed doors and there is no guarantee fans will be able to go to Wembley.

RFL chief executive Ralph Rimmer said: “We are delighted to be able to confirm that the Coral Challenge Cup final in our 125th anniversary year will be played at Wembley Stadium on Saturday, October 17.

“2020 has been a tough year for all for obvious reasons, but it is also a special one for the sport of Rugby League – and we have therefore remained determined to do everything possible to ensure a day of celebration as well as reflection at Wembley.

“The fact this will be the 78th Challenge Cup final at Wembley since the original, visionary decision to take the final south in 1929 underlines the strength of the relationship between the national stadium and the sport of rugby league.

“It has remained the fervent wish of the RFL that supporters of the two teams who reach the final would be able to join them there, as well as the thousands who bought tickets for Wembley before lockdown.

“However, we recognise that public health must remain the priority and these decisions may be taken out of our hands.”