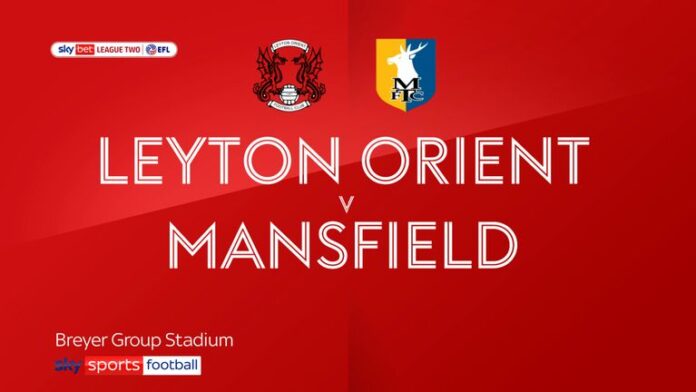 Tottenham’s Carabao Cup round three game at Leyton Orient has been called off due to positive coronavirus tests at the League Two club.

Orient were set to host the Premier League side on Tuesday night, live on Sky Sports, but were forced to call off the game and close their Breyer Group Stadium and training ground until further notice.

Testing, paid for by Tottenham, was carried out following the O’s 2-2 draw against Mansfield on Saturday.

EFL clubs no longer have to conduct mandatory tests on their players and staff for coronavirus on a weekly basis this season, as is still the case in the Premier League.

Both Plymouth Argyle, who Orient beat in last week’s Carabao Cup Round 2 tie, and last Saturday’s league opposition Mansfield have issued statements on Monday saying they will take an additional round of testing as a precaution.

Given Tottenham’s packed fixture schedule, with a Europa League tie on Thursday in Macedonia and potentially another next week if they triumph at Shkendija, the Premier League side also have little room to rearrange the Round 3 tie.

Round 4 of the tournament is due to take place the week commencing September 28, with either Leyton Orient or Tottenham set to face the winner of the game between Chelsea and Barnsley.

There is a growing feeling among some Premier League clubs that cup competitions involving teams outside the Premier League and the Championship are a risk because of the lack of testing in those divisions.

The cup tie was set to be an emotional fixture for the two clubs given the connection of the late Justin Edinburgh, who died last June at the age of 49 following a cardiac arrest.

Edinburgh won the FA Cup and League Cup at Spurs in the 1990s before turning his hand to management and guiding the O’s to the National League title in April 2019.

Tottenham announced plans to auction off signed match-worn shirts from the Leyton Orient game in aid of the Justin Edinburgh Foundation.