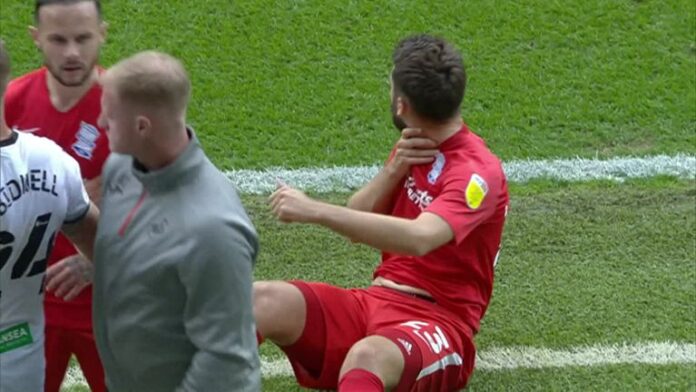 Tate has until Friday September 25 to respond to the charge

Swansea coach Alan Tate has been charged by the FA over his clash with Birmingham midfielder Jon Toral during Saturday’s Championship game.

The player and coach confronted each other on the touchline as the teams left the pitch at half-time.

An FA statement on Tuesday read: “A Swansea City FC coach, Alan Tate, has been charged with a breach of FA Rule E3.

“It is alleged that his behaviour at half time of the EFL Championship fixture against Birmingham City FC on Saturday amounts to improper and/or violent conduct.

“He has until Friday [September 25] to respond to the charge.”

After the match, which ended 0-0, Swansea boss Steve Cooper played down the incident, saying: “It certainly didn’t carry on down the tunnel because I went down there.

“Afterwards it was fine – no dramas.”

Swansea have taken four points from their first two games and continue their campaign at Wycombe Wanderers on Saturday, live on Sky Sports.