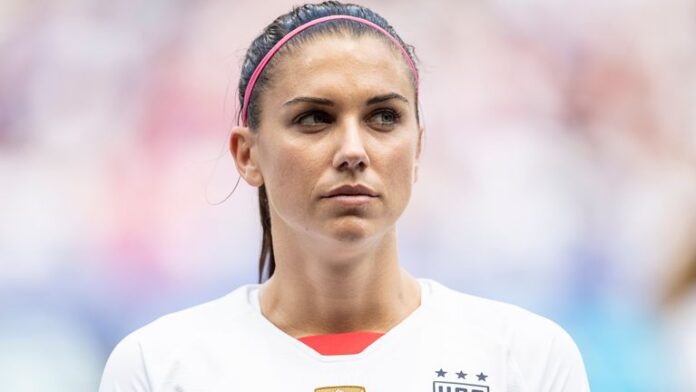 The north London rivals meet for a 2019/20 FA Cup quarter-final on Saturday and although it is unclear if the double World Cup winner will feature, Montemurro cannot wait for his players to take her on later in the season if she is absent.

The 31-year-old American, considered to be one of the highest-profile signings of the summer, is lacking in match fitness following the birth of her daughter Charlie in May but is keen to gain game time ahead of the delayed Tokyo Olympics next summer.

“A lot of big-name players have come to England before Alex,” Montemurro said. “My team’s reaction has always been: ‘Great, the level’s going to be amazing, we get to test ourselves against the best.’

“We’ve got to go out and play our football and see if these exciting new players adhere to our levels.

“I’m loving the little local rivalry we’re developing with Tottenham, they’re a good team and the added emotion of the derby will make it very tough. It’s a big game.”

Arsenal Women have made a blistering start to the new season, scoring 15 goals in their opening two Women’s Super League games in big wins over West Ham, who they beat 9-1, and Reading, who they defeated 6-1.

However, boss Montemurro believes his side can get even better and urged his team to keep their feet on the ground as they look to move a step closer to their 15th Women’s FA Cup trophy after last reaching the final in 2018.

“Perfection we try to strive for, but perfection doesn’t really exist,” he added. “We always know that there are things we can fix, things we can get better at.

“The very clear message from me is to keep our feet on the ground, keep working hard, keep our standards very high and we know that there is a lot of football to be played.

“Reading and West Ham are very strong teams, and in the three years I’ve been here it’s been one of the toughest starts in terms of the quality of opposition that we’ve played against.”