Home Sport Morata returns to Juve on loan from Atletico 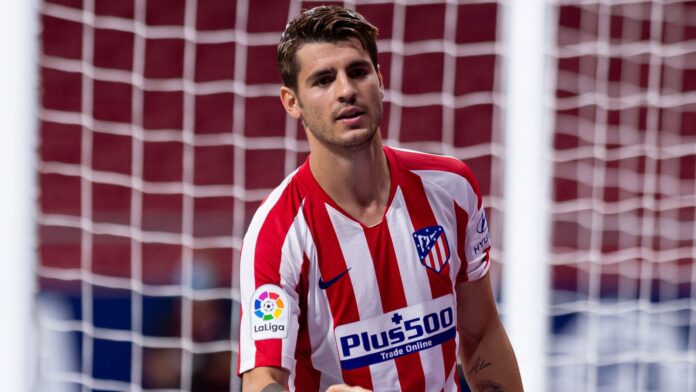 Alvaro Morata has returned to Juventus for the season on loan from Atletico Madrid.

The deal for Morata, who spent two season at Juventus from 2014 to 2016, gives the Serie A champions the option to extend the loan for an additional 12 months, plus the option to buy.

If Juventus take up the option to buy the former Chelsea and Real Madrid striker at the end of this season he will cost €45m.

However, if they opt to extend the loan for an additional year, Juventus would have to pay an extra €10m with the transfer fee at the end of that period subsequently costing €35m.

This deal will allow Atletico Madrid to finance a deal for Barcelona striker Luis Suarez.

It was thought Suarez was close to agreeing terms with Juventus but a free transfer can only happen if the player agrees a severance package, having a contract at the Nou Camp which runs until the end of the 2020/21 season.

The 33-year-old even flew to Italy to take an Italian exam in the city of Perugia in a bid to secure an Italian passport to help facilitate the move so he would not count as a foreign signing.