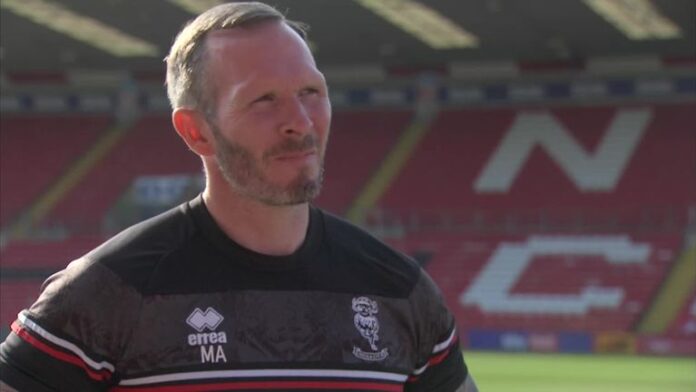 Lincoln boss Michael Appleton has called for urgent financial support from the government for Sky Bet League One and League Two clubs.

His plea for help follows Prime Minister Boris Johnson’s decision to freeze the planned return of spectators to sports venues in England from October 1 due to fears over a second wave of coronavirus infections.

The latest announcement is a devastating blow to sports clubs across the country, many of whom rely heavily on match-day revenue for survival, and leaders of more than 100 sports bodies have written to the Prime Minister to request emergency funds to stave off a “lost generation of activity”.

The plight of EFL clubs has been well-documented, with its chairman Rick Parry stating they would lose a collective £200m if the entire 2020-21 season had to be played behind closed doors.

Talks continue between the EFL and the Premier League over a rescue package, and it is understood the government’s position remains that the English top flight should be the ones to provide financial aid to the EFL.

“It’s a huge blow [fans not returning],” Appleton told Sky Sports News. “Not just in terms of the confidence it gives the players, but I think from a financial point of view it’s going to be absolutely devastating.

“I think it’s time now for the government to stand up and take a bit of responsibility. Hopefully they will do and the likes of Lincoln and other League One and League Two clubs can benefit from that.”

His views were echoed by Leyton Orient owner Nigel Travis, whose club saw their Carabao Cup tie against Tottenham called off on Tuesday due to positive coronavirus tests.

In an open letter to fans earlier this month, Travis said on their latest projections the impact of the coronavirus would mean an additional loss of £1.5m for the club.

“They have not been very helpful to sports at all, they are incredibly inconsistent with their approach and I think it’s time for Boris Johnson to put some money behind us.

“There’s a lot of clubs in League One, League Two and the nine levels of football below us. The government needs to do more. They need to step up and give football and other sports some support.”

Asked if clubs in League One and League Two could go out of business without financial support, Travis added: “If the fans don’t come back, there is a strong danger that clubs will go away.

“I think we will be fine – we will make sure we are fine – but there is a lot of clubs really struggling and will struggle even more.

“Everyone needs support. This is a pyramid. It’s a pyramid that produces players to the very top.

“Football is the most attractive sport in the world, the biggest in the world, it’s great for TV, great to take people’s mind off coronavirus but clubs like ours and many others need support.”

Leyton Orient made full use of the government furlough scheme and placed virtually all of its staff on a temporary leave of absence – with most of their wages being paid by the government scheme to help employers during the lockdown.

Fleetwood manager Joey Barton agreed that the future of many League One, League Two and non-league clubs could be in doubt if fans do not return to stadiums and there is no financial support.

“Without fans, we won’t have football,” he said.

“Certainly at our level [League One], League Two, National League and more.

“If we don’t get fans back in the stadiums, it’s not going to be long that clubs can survive without the revenue because they’re absolutely vital.”