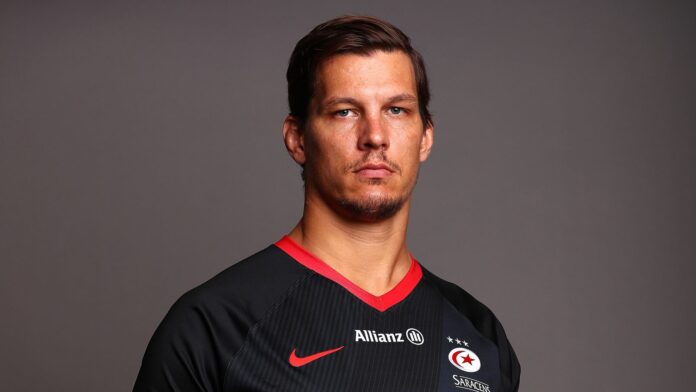 Saracens flanker Michael Rhodes’ citing for headbutting Leinster centre Robbie Henshaw in their Champions Cup quarter-final has been dismissed, leaving him free to play in their semi-final.

Rhodes went unpunished during the game after the incident, in which he appeared to swing his head back and strike Henshaw, as the officials did not notice it. But the act was spotted by citing commissioner, Beth Dickens.

“Rhodes was alleged to have committed an act of foul play in that he struck the Leinster centre, Robbie Henshaw, with his head in the 2nd minute of the match at the Aviva Stadium in contravention of Law 9.12,” European Professional Club Rugby said in a statement.

“The (Independent Disciplinary) Committee decided that Rhodes had committed an act of foul play, however, it was not proven to the required standard that contact had been made to Henshaw’s head.

“The Committee concluded that the act of foul play did not warrant a red card and the citing complaint was therefore dismissed.”

Holders Saracens stormed into the semi-finals after quelling a spirited Leinster comeback to win 25-17. They face French Top14 side Racing 92, who beat Clermont Auvergne 36-27, on Saturday.

In the other last-four clash, Toulouse take on Exeter Chiefs.