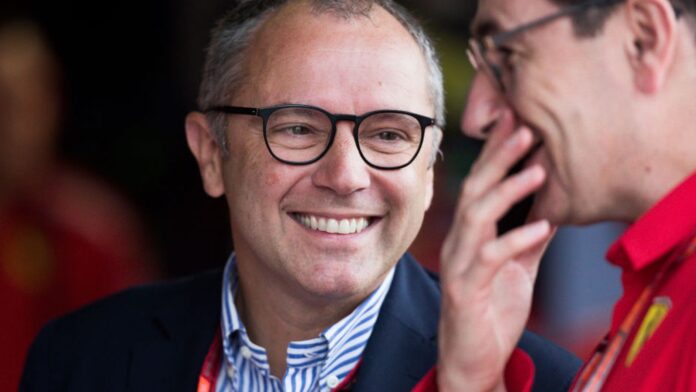 Chase Carey will relinquish the role of F1 CEO before the start of next season and will be replaced by former Ferrari boss Stefano Domenicali.

It is understood by Sky Sports News that Carey, who also serves as the sport’s chairman, will still have some involvement in F1 after the end of the year but will no longer be in day-to-day control.

The American replaced Bernie Ecclestone as Formula 1’s chief executive officer in January 2017 after Liberty Media completed its buyout of the sport.

F1 are yet to announce the change.

Domenicali currently runs Lamborghini and is also the president of the FIA’s single-seater commission.

The Italian’s appointment means the two senior roles in motorsport, F1 CEO and FIA president, will be held by former Ferrari team principals. Jean Todt has served as the head of the FIA, F1’s governing body, since 2009 although has said he will not serve beyond his current term into 2022.

Having joined Ferrari from university in 1991, Domenicali succeeded Todt as team principal in 2008 and oversaw their victory in the Constructors’ Championship in his first season, the Italian team’s last world title triumph. He resigned in April 2014 after the team made a poor start to the new era of hybrid-turbo engine regulations.

The 55-year-old joined Audi later that year as vice-president of new business initiatives before being made CEO of Lamborghini, a sister brand in the VW Group, in 2016.

Sky F1’s Karun Chandhok tweeted: “Stefano Domenicali is a great choice for CEO of F1! Knows the sport inside out.”

Carey, 66, has recently overseen the successful conclusion of the sport’s complex Concorde Agreement discussions, with all 10 teams signing up to new terms for 2021 which are designed to help level F1’s financial playing field.

The former television executive has also constructed a much-changed 17-race calendar for this season after the sport’s original plans for 2020 were turned upside down by the coronavirus pandemic.